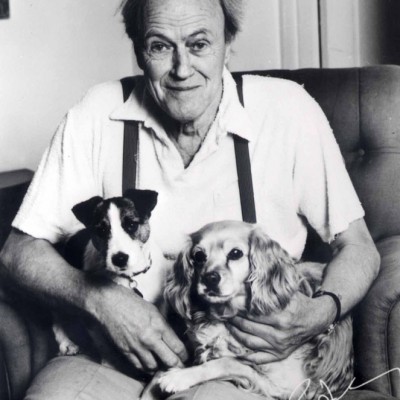 5 stars across 240 books
Roald Dahl Biography
Roald Dahl is one of the world’s greatest children’s book authors. Born in Wales in 1916 to Norwegian parents, he was a mischievous child and was always in trouble at school.

His dark, unsentimental stories are said to have been influenced by several tragedies during his lifetime. When he was just three, his sister and father died within months of each other and many years later, his son Theo was injured in an accident and his daughter Olivia, died of measles, aged just 7.

Having loved the magical Norwegian folk stories his mother used to tell him as a child, he invented bedtime stories for his own children and these grew into the tales we love today. His tales often star child heroes fighting awful grown-ups. From George, who concocts a tonic to cure his horrid Grandma in George’s Marvellous Medicine, to orphan James who escapes his vile aunties by squashing them with an enormous peach in James and the Giant Peach – the good children always triumph.

Aside from children’s books, Roald Dahl also wrote two collections of grisly children’s poems – Revolting Rhymes and Dirty Beasts and was a prolific adult short story writer too. He delighted in shocking readers of all ages.

Roald Dahl Facts
His books have sold more than 200 million copies and been translated into 60 languages!

If you’re a real Roald Dahl fan, there’s a brilliant Roald Dahl Museum in Great Missenden, Buckinghamshire, where he lived for 30 years.

Some good news for Roald Dahl fans, Netflix announced in January 2019 a major rights deal with the Roald Dahl Company, which could mean a ton of new films based on the Roald Dahl books!

“Charlie looked up. Four kind old faces were watching him intently from the bed. He smiled at them, a small sad smile, and then he shrugged his shoulders and picked up the chocolate bar and held it out to his mother, and said, 'Here, Mother, have a bit. We'll share it. I want everybody to taste it.’ ” Charlie and the Chocolate Factory

The protagonist of Charlie and the Chocolate Factory and Charlie and The Great Glass Elevator is probably Dahl’s most heartwarming character. So poor and so passionate about chocolate, Charlie can only look forward to one chocolate bar a year, for his birthday. Generous, selfless, and kind-hearted, Charlie is a pillar of morality. When his luck finally starts improving, he is given the chance to prove his honesty to the peculiar and genius chocolatier Willy Wonka. Find yourself a mate like Charlie and you will be settled with a lifelong friendship.

“From then on, every afternoon, as soon as her mother had left for bingo, Matilda would toddle down to the library. The walk took only ten minutes and this allowed her two glorious hours sitting quietly by herself in a cosy corner devouring one book after another.” Matilda

Matilda is an extraordinary child. Completely ignored by her parents, she spends most of her time reading books and learning, as well as hanging out with her favourite teacher Miss Honey. She is also an expert prankster, her parents and her brother being her main victims. One day, she discovers she has telekinesis powers, which she will use both to help her teacher and to perform amazing and unforgettable practical jokes. Matilda is the perfect friend for story-time and the ideal partner in crime for epic pranks.

“ ‘Here is the repulsant snozzcumber!’ cried the BFG, waving it about. ‘I squoggle it! I mispise it! I dispunge it! But because I is refusing to gobble up human beans like the other giants, I must spend my life guzzling up icky-poo snozzcumbers instead. If I don’t, I will be nothing but skin and groans.’ ” The BFG

The BFG (or Big Friendly Giant) is another popular favourite. This weird character wandering around with a bag and a trumpet looks more menacing than he actually is. As a matter of fact, he has a very specific job to do: he catches dreams, which he then hides in a cave. There, he delivers good dreams to children and destroys nightmares for ever. A firm opponent of the man-eating diet practiced by many of his fellow giants, he loves eating snozzcumbers and drinking frobscottle. Despite these arguable culinary preferences, if you happen to meet the BFG, stick around him and great adventures (and amazing dreams) will be assured.

“Every evening as soon as it got dark, Mr Fox would say to Mrs Fox, ‘Well, my darling, what shall it be this time? A plump chicken from Boggis? A duck or a goose from Bunce? Or a nice turkey from Bean?’ ” Fantastic Mr. Fox

There is a reason why Mr. Fox is not simply Mr. Fox, but Fantastic Mr. Fox. He is clever, smart, in other words, a genius. His main goal in life is to feed his wife and his four little foxes, and his favourite location for foraging is the nearby farm. Fooling the farmers becomes his favourite sport, but as soon as he becomes a little bit too cocky, the trouble for his family begins. Mr. Fox is the perfect companion for sharing smart ideas and he is a fan of a well-hatched plan, but maybe you should teach him to practice some humbleness from time to time.

“ ‘Oh, if only, he kept telling himself, if only he could do something tremendous like saving her life or rescuing her from a gang of armed thugs, if only he could perform some great feat that would make him a hero in her eyes, If only…’ ” Esio Trot

Mr Hoppy, the male protagonist of Esio Trot, is a very shy old man who often feels lonely. His two biggest passions are his flowers and Mrs Silver, his neighbour. Mr Hoppy is desperately in love with Mrs Silver, but he has a contender: her tortoise Alfie. To win Mrs Silver’s love, Mr Hoppy has to use all his wit and skills. Will it be enough? If you are a bit shy and would like to find a way to declare your love to someone special, Mr Hoppy will be happy to share with you his knowledge, perseverance, (and poetical talents), to win the heart of your beloved.


Our favourite Roald Dahl book quotes
- “If you have good thoughts they will shine out of your face like sunbeams and you will always look lovely.” (The Twits)
- “Whizzpopping is a sign of happiness. It is music in our ears! You surely is not telling me that a little whizzpopping is forbidden among human beans?” (The BFG)
- “Never do anything by halves if you want to get away with it. Be outrageous. Go the whole hog.” (Matilda) 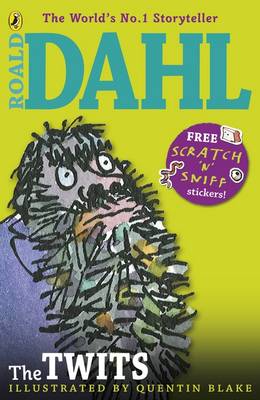 "A true genius . . . Roald Dahl is my hero" David Walliams Mr and Mrs Twit are extremely nasty, so the Muggle-Wump monk... More 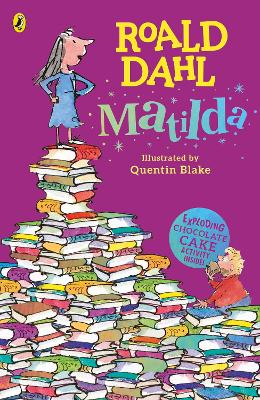 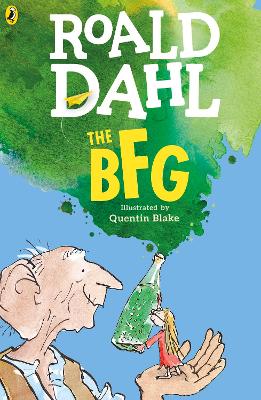 'A true genius . . . Roald Dahl is my hero' - David Walliams On a dark, silvery moonlit night, Sophie is snatc... More 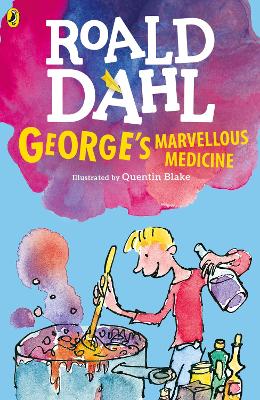 'A true genius . . . Roald Dahl is my hero' - David Walliams WARNING: DO NOT try to make George's Marvellous... More 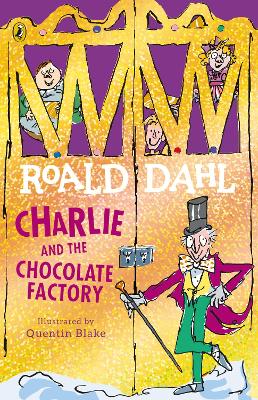 Charlie and the Chocolate Factory

'The ultimate children's story' - David Walliams Greetings to you, the lucky finder of this Gold ... More 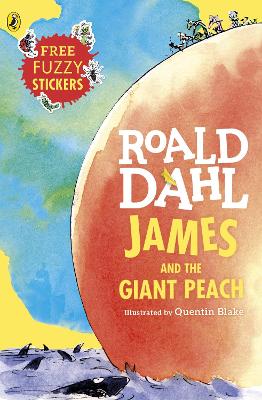 A brand-new phizzwhizzing novelty edition! James and the Giant peach is a children's classic that has capture... More 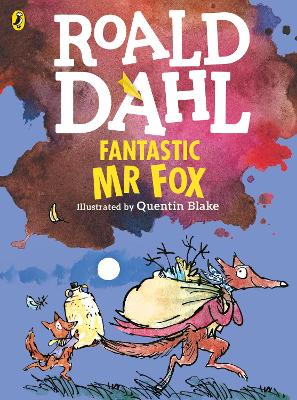 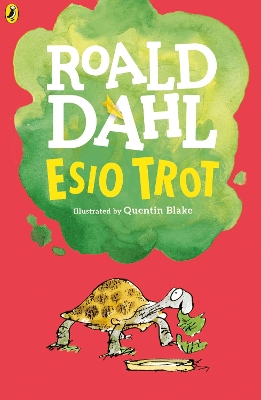 Phizzwhizzing new cover look and branding for the World's NUMBER ONE Storyteller! This is the wonderful and warm-hear... More 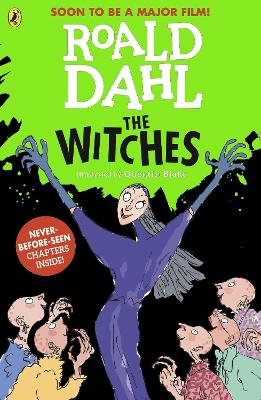 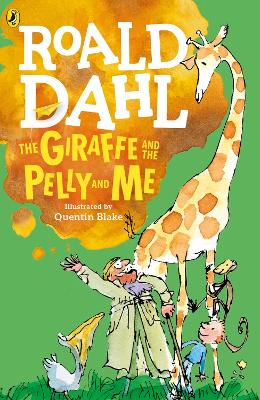 The Giraffe and the Pelly and Me
11th February 2016

The Giraffe and the Pelly and Me 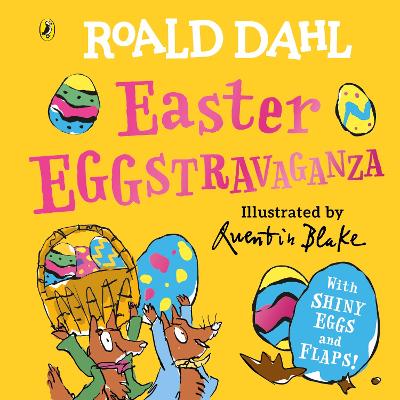 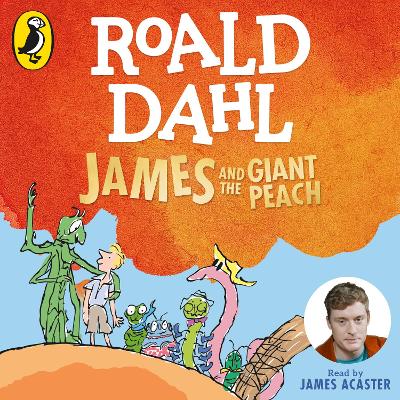 Charlie and the Chocolate Factory