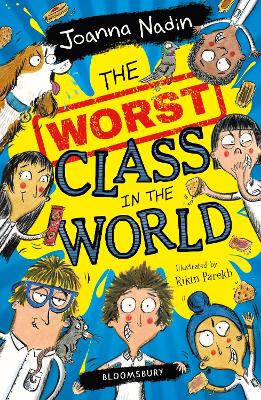 The Worst Class in the World

The Worst Class in the World Reviews | Toppsta

A laugh-out-loud young fiction series from bestselling author Joanna Nadin, perfect for fans of Horrid Henry.
According to head teacher Mrs Bottomley-Blunt, 4B is the WORST CLASS IN THE WORLD. She says school is not about footling or fiddle-faddling or FUN. It is about LEARNING and it is high time 4B tried harder to EXCEL at it.

But Stanley and Manjit didn't LITERALLY mean to make their whole class sick with homemade biscuits. And they definitely didn't LITERALLY mean for Manjit's dog Killer to eat their teacher's shoes or for Bruce Bingley's rat to escape. These things just happened even though they had a FOOLPROOF plan.
You see, 4B may be the WORST CLASS IN THE WORLD. But you wouldn't want to be anywhere else.
Highly illustrated and featuring two hilarious madcap adventures in one book, these books are just right for children ready for their first chapter books.

The Worst Class in the World Reviews | Toppsta 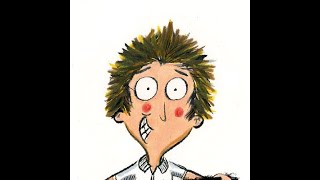 Joanna Nadin is the author of more than 30 books for children and young people, including the best-selling Rachel Riley series for teens and the award-winning Penny Dreadful series for younger readers. The Stepmonster is her first Banana title. Joanna has been shortlisted for the Roald Dahl Funny Prize and Queen of Teen, and Spies, Dad, Big Lauren and Me (9+

The Worst Class in the World BOOKS