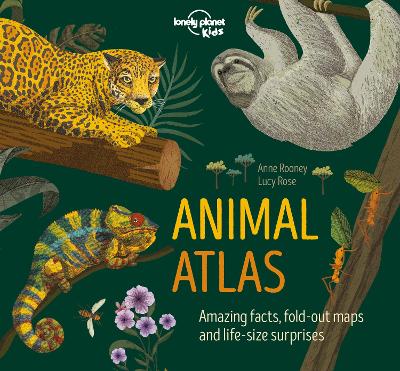 Explore the animal kingdom like never before with the Animal Atlas from Lonely Planet Kids. Unfold maps to reveal animals from every continent and lift the flaps to see their unique environments and habitats. Discover a world of animal facts, life-size photos and creature features - from a bear's paw and a baby turtle to an anteater's tongue and a goliath birdeater, the world's heaviest spider. EEK! All drawn to scale so you can measure yourself against them. You'll find animals living on freezing ice caps, high on snowy mountain peaks, in parched deserts and down in the dark depths of the ocean. They fly through the air, crawl among trees, burrow into the earth, plunge through the seas, and prowl the forests - and range from the tiniest of insects too small to see without a magnifying glass to the blue whale, which is longer than three buses! The book is divided into seven sections: North America, South America, Europe, Africa, Asia, Australasia, Oceania & Antarctica - each with a map of the major environments as well as illustrated and photographic depictions of some of the animals living there. Are you ready for this round-the-world animal adventure? About Lonely Planet Kids: Lonely Planet Kids - an imprint of the world's leading travel authority Lonely Planet - published its first book in 2011. Over the past 45 years, Lonely Planet has grown a dedicated global community of travellers, many of whom are now sharing a passion for exploration with their children. Lonely Planet Kids educates and encourages young readers at home and in school to learn about the world with engaging books on culture, sociology, geography, nature, history, space and more. We want to inspire the next generation of global citizens and help kids and their parents to approach life in a way that makes every day an adventure. Come explore! 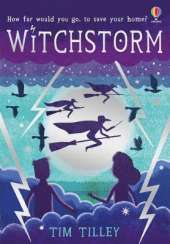 BOOK OF THE MONTH - A gripping adventure story of storms, spells and the magic of the natural world from Tim Tilley, bestselling author of Harklights.

The Best Animal Books for Kids

BOOK OF THE MONTH - A gripping adventure story of storms, spells and the magic of the natural world from Tim Tilley, bestselling author of Harklights.

Lonely Planet Kids encourages children to discover more about our diverse world and its fascinating variety of people, places, cultures, creatures and environments. Created by our global team of experts, our products cover culture, sociology, geography, nature, history, space and more. With astonishing facts, engaging visuals and a sense of adventure, we ins