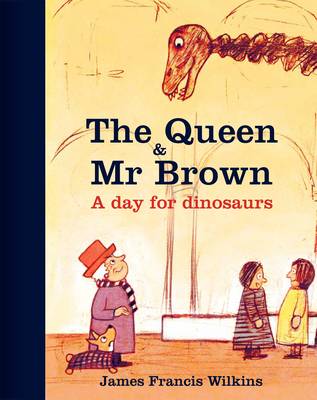 The Queen and Mr Brown: A Day for Dinosaurs

The Queen and Mr Brown: A Day for Dinosaurs Reviews | Toppsta

Join Britain's much-admired monarch on one of her rare days-off, as she and her loveable pet corgi Mr Brown enjoy an action packed adventure at London's Natural History Museum. On a grey, gloomy and unbearably miserable day, the two friends go in search of dinosaurs. Armed with sandwiches and biscuits they encounter immense skeletons, huge teeth and a thigh bone as big as Her Majesty. There are aliens from outer space and some smelly dinosaur dung too! After so much exploring it is no surprise when they both fall asleep - which is when the real excitement begins! Can The Queen manage to ride a mighty Megalosaurus? Who will win the Ascot Dinosaur Derby? Will Mr Brown make it back safely to his warm basket in the palace? Beautifully illustrated and affectionately told, the book is great to read aloud and is also highly suited to encourage children to read on their own. With lots of facts about how dinosaurs lived and why they all disappeared, The Queen and Mr Brown is a delightful tale of two close friends and their eventful day with the dinosaurs.

The Queen and Mr Brown: A Day for Dinosaurs Reviews | Toppsta

James Francis Wilkins studied painting at Chelsea College, UK, and worked in the animation film industry in London and Germany, where he also worked as a newspaper cartoonist. He now lives in Greece, where he enjoys writing and illustrating and exploring the country's abundant plant life.