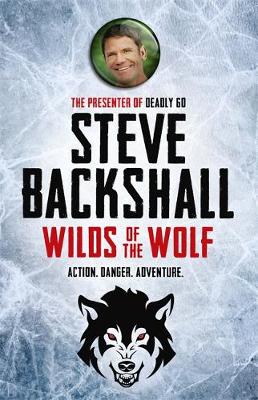 The Falcon Chronicles: Wilds of the Wolf: Book 3

The Falcon Chronicles: Wilds of the Wolf: Book 3 Reviews | Toppsta

The third book in THE FALCON CHRONICLES series from DEADLY 60 and LIVE AND DEADLY presenter Steve Backshall. Follow Saker and Sinter's quest to save the world's endangered animals in the frozen Arctic wilderness. Saker and Sinter escape by the skin of their teeth when their plan to sabotage a billionaire businessman plundering 'black gold' (natural oil and gas) and hunting wolves in the remote Siberia goes disastrously wrong. But they escape one kind of peril only to find themselves in an even more terrifying situation. Separated by blizzards and avalanches, they are lost in a breathtakingly beautiful but deadly frozen Arctic wilderness. Suffering from frostbite and hunger, listening to the wolves howl and the packs draw closer, it seems that this time they cannot possibly live to tell their tale. Steve Backshall is the hugely popular and fearless presenter of the BBC kids' series DEADLY 60 and LIVE AND DEADLY as well as star of BBC's Strictly Come Dancing 2014.

The Falcon Chronicles: Wilds of the Wolf: Book 3 Reviews | Toppsta

Steve Backshall is well-known as a TV presenter, wildlife enthusiast and explorer. He travels the world to learn about the most inspiring animals, from boxing mantis shrimp to charging tigers. Steve also regularly writes articles for newspapers and magazines and is an inspirational public speaker. Steve's website is www.stevebackshall.com, and you can follo