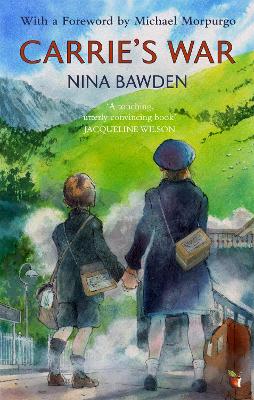 One of the most loved and enduring wartime novels, Carrie's War is a modern classic.

'Poignant and realistic . . . Carrie's War captures the true reality of war for a child, and it doesn't sentimentalise war' Shirley Hughes, Guardian

'I did a dreadful thing, the worst thing of my life, when I was twelve and a half years old, and nothing can change it'

It is wartime and Carrie and her little brother Nick have been evacuated from their London home to the Welsh hills. In an unfamiliar place, among strangers, the children feel alone and find little comfort with the family they are billeted with: Mr Evans, a bullying shopkeeper and Auntie Lou, his kind but timid sister.

When Carrie and Nick visit Albert, another evacuee, they are welcomed into Hepzibah Green's warm kitchen. Hepzibah is rumoured to be a witch, but her cooking is delicious, her stories are enthralling and the children cannot keep away. With Albert, Hepzibah and Mister Johnny, they begin to settle into their new surroundings. But before long, their loyalties are tested: will they be persuaded to betray their new friends?


This collection of the best children's literature, curated by Virago, will be coveted by children and adults alike. These are timeless tales with beautiful covers, that will be treasured and shared across the generations. Some titles you will already know; some will be new to you, but there are stories for everyone to love, whatever your age. Our list includes Nina Bawden ( Carrie's War , The Peppermint Pig ), Rumer Godden ( The Dark Horse , An Episode of Sparrow s), Joan Aiken ( The Serial Garden , The Gift Giving ) E. Nesbit (The Psammead Trilogy, The Bastable Trilogy, The Railway Children ), Frances Hodgson Burnett ( The Little Princess , The Secret Garden ) and Susan Coolidge (The What Katy Did Trilogy). Discover Virago Children's Classics. 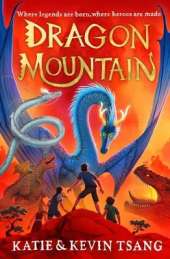 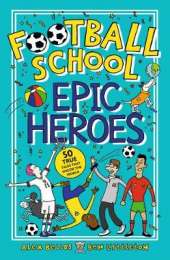 Nina Bawden is one of today's best writers for both adults and children. She has often used her own childhood experiences in her books - Carrie's War is set in the mining valley in Wales where she lived as an evacuee in wartime. She studied philosophy, politics and economics at Somerville College, Oxford and finished her first novel the year after she took h

Alan Marks is widely published and has illustrated many books. He is also a 'Smarties Prize' prize winner.