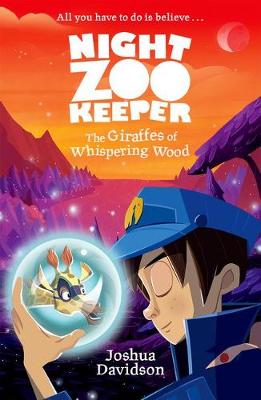 When Will steps through a mysterious portal at the zoo he's transported into the World of the Night Zoo, and thrust into an incredible adventure. Bestowed with a Zookeeper's uniform and a magical teleporting torch, he's tasked with protecting the Zoo's inhabitants from the evil Lord of Nulth, and his army of robotic spiders, the Voids.
In this, the first of many adventures, Will is introduced to the Zoo's friendlier creatures - the glowing Night Butterflies, Bumbling Bees, and he even makes friends with a spying giraffe called Sam. But Will faces his first real test when the Voids attack, does he really have what it takes to be the Night Zookeeper and save his new friends?
From the creators of NightZookeeper.com, a website that makes learning fun, inspires creativity, and engages children with a magical story. 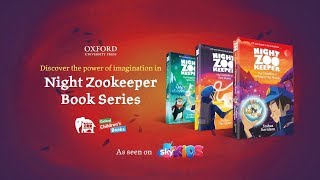 Joshua is passionate about education and his books are about friendship, the power of creativity and the importance of an unrestrained imagination.

This attitude is what powers all

Giles Clare is a freelance author and practising teacher with nearly 20 years' experience in the primary classroom. He has written a wide range of resources for teachers and children, including fiction. He cycles to get some exercise and also to have a break from the writing.