5 stars across 2 books
LOUISE GRAY is a new pseudonym for a writer who has written 95 books with sales of 3 million copies, selling not just in English language territories such as the USA, Canada, Australia, New Zealand, etc; her books have also been translated into French, Czech, Spanish, Danish, Polish, Korean, and Hebrew, with her latest series of children's books being sold (in Portuguese) to Brazil. As a scriptwriter, Louise has 500 internationally broadcast scripts to her credit, including writing for American TV (for Disney, among others). Louise is delighted with her partnership with illustrator LAURA ELLEN ANDERSON to produce IZZY THE INVISIBLE for Piccadilly Press.

LAURA ELLEN ANDERSON has been working as a profressional illustrator since she graduated from University College Falmouth in 2010. She's worked with a number of publishers illustrating picture books and fiction titles such as Snowflakes, Snappy Birthday, Witch Wars and Johnny Smith is Not Boring. She also works on a range of baby board books with Boxer books, and is the creator of the monthly comic strip 'Evil Emperor Penguin' found in the Phoenix Comic. Laura has recently been signed up for her very first author/illustrator book deal, which is due to be published in 2017. Follow Laura at www.lauraellenanderson.co.uk or on Twitter: @lillustrator 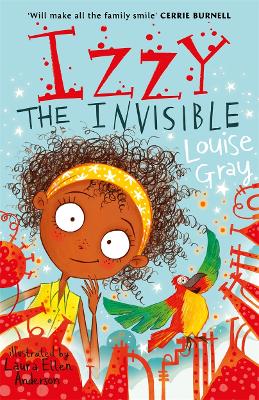 A sweet and gentle story about sisters, trust, parrots, disappearing . . . and doing the right thing. Eight-year-old I... More 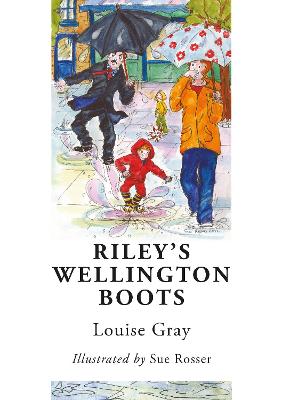