Eve Wersocki Morris grew up in North London and has been making up stories her whole life. Despite being diagnosed with dyslexia aged 12, she has not let that stop her literary ambitions and wrote her first full novel aged 13. She went on to study English at Nottingham University where she wrote, directed and performed in plays and was Arts Editor of the student magazine. She volunteers with Coram Beanstalk Literacy Charity as a reading helper for children, and has written book reviews for Stylist, Times Literature Supplement and The Bookseller.

Eve's grandparents came to the UK in 1946 as Polish refugees and were placed in Staffordshire. Her grandmother was born in Sanok in the mountains of Poland. She celebrates her Polish heritage at Christmas Eve with barszcz soup, pierogi, pickled sledzie (herring) and hazelnut torte. Her fascination with European myths and fairytales have inspired her debut children's book. 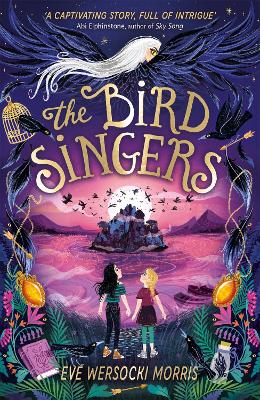 'The whistling had started on their first night. At first, Layah thought it was bird song - a high thin sound which ... More