Eric H. Chudler , Ph.D. is a research neuroscientist at the University of Washington with appointments in the Department of Bioengineering and Department of Anesthesiology & Pain Medicine; he is also the Executive Director/Education Director at the Center for Sensorimotor Neural Engineering. In addition to Eric's basic research into the how the brain processes sensory information, Eric has worked with precollege students and teachers for more than 20 years to develop resources and materials to help people learn about the brain. In 1997, with support from the National Institutes of Health, Eric established "Neuroscience for Kids," a website with information and interactive activities about neuroscience that can be used in the classroom or at home. Eric continues to expand the web site and develop new materials and programs.

In addition to the creation of online materials, Eric has published several books, written articles, developed television programs ("BrainWorks") and contributed chapters to help students, teachers and the general public understand neuroscience and brain research. Eric is currently working with middle school teachers on the "Sowing the Seeds of Neuroscience" program that brings neuroscience and botany together in the classroom. Other neuroscience education efforts include coordinating the annual UW Brain Awareness Week Open House and working in India to teach Tibetan Buddhist monastics about neuroscience.

Dr. Chudler has received several awards for his education and outreach efforts including the Education Award from the Association of Neuroscience Departments and Programs (2002), MERLOT Award for Exemplary Online Learning Resources (2002), Science Educator Award from the Society for Neuroscience (2003), Scientific AmericanScience & Technology Web Award (2004),MERLOT Award for Exemplary Online Learning Resources (2006), Career Achievement Award from Faculty for Undergraduate Neuroscience (2006), and the Science Prize for Online Resources in Education (SPORE) from the American Association for the Advancement of Science (2010). 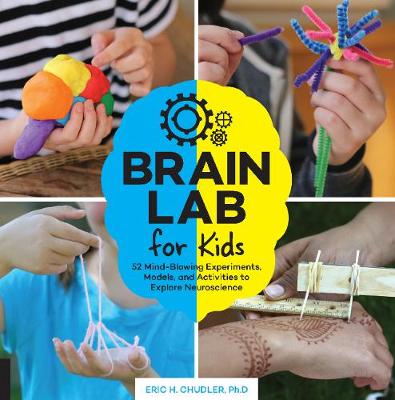