5 stars across 7 books
Guy Campbell (Author)
Guy Campbell has been a writer and graphic designer since 1986. He started the Creative and Graphics company Moran Campbell da Vinci in 1990 producing corporate ID, advertising (newspapers, magazines, point of sale, posters) and packaging (specialising in toys) for, among other clients, Harrods and Hamleys. Writing credits has included over 40 books for children, a monthly comic for children, hundreds of cartoon strips for newspapers and magazines worldwide, puzzles for books, newspapers and magazines, comedy sketches for TV and a short comic play for BBC radio 5.

Steve Martin (Author)
Steve Martin was born in Northumberland in the far north of England. After graduating in English, he spent many years teaching English to adults - including 15 years teaching literacy in prisons. Steve now lives in the English Midlands, with his wife and two sons and makes his living from a wide range of writing including children's non-fiction, business communication and developing e-learning materials.

Dominique Enright (Author)
Dominique Enright is a freelance writer and editor. Her previous works for Michael O'Mara Books include The Wicked Wit of Winston Churchill and The Wicked Wit of Jane Austen, and she is also the compiler and editor of selections from the verse of Burns, Keats, Kipling and Wordsworth. She lives in London with her husband, son and two daughters.

Guy MacDonald (Author)
Guy Macdonald was born in 1972. He grew up in a rambling old house surrounded by huge yew trees that he became very good at climbing. Across the fields was a river where he fished with string from a bamboo cane and made campfires. His greatest achievements of all time are: ripping a telephone directory in half, holding his breath for nearly two minutes underwater and whistling through a blade of grass. He has also co-written a series of children's fiction books called An Awfully Beastly Business about a werewolf boy who climbs trees, makes campfires and, given the chance, could almost certainly fold a single piece of paper at least seven times

Martin Oliver (Author)
Since starting his career as an author, Martin Oliver has written over 20 books for children covering subjects as wide-ranging as pirates, pharaohs and puzzle adventures. He's also written two titles in the popular Knowledge series, Dead Dinosaurs and Groovy Movies (Scholastic Publishing) Martin lives in Teddington, near London, with his wife, Andrea, and their two daughters, Katie and Isabelle. The Boys Book 2 was his first title for Buster books.

Lottie Stride (Author)
Lottie Stride has written many books for children, including The Time Travellers' Handbook, Write Every Time and Meerkat Mischief. She lives in London with her three lovely children. She enjoys walking on beaches, eating potatoes, and listening to Beethoven. If she could choose one superpower she would fly through time.

I've just started writing fiction, too (due to be published in 2010), and I've also written a few books for adults.

I worked as an editor for many years, specialising in children's non-fiction (including the Horrible Histories series) before I started writing my own books.

I live in Bath with my partner and our three-year-old son. 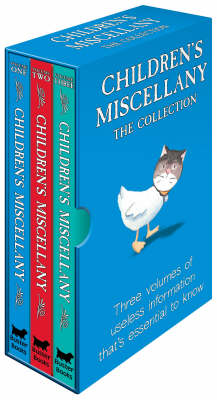 This is a stylish and durable slipcase containing three hardback volumes of the bestselling "Children's Miscellany". It ... More 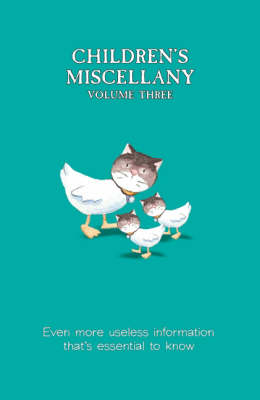 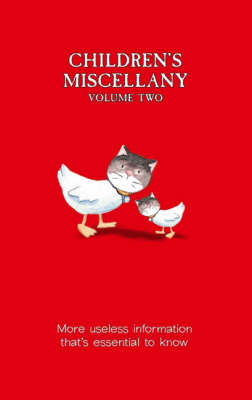 The sequel to the best-selling "Children's Miscellany". Packed full of even more, even smarter, even stranger facts, "Ch... More 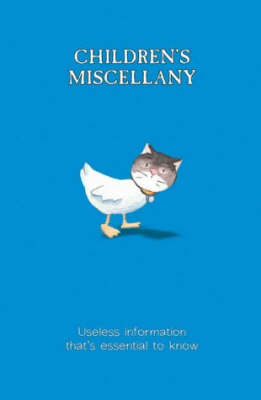 The original volume in our best-selling "Children's Miscellany series". Packed full of fascinating facts that will astou... More 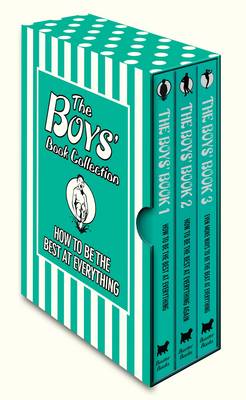 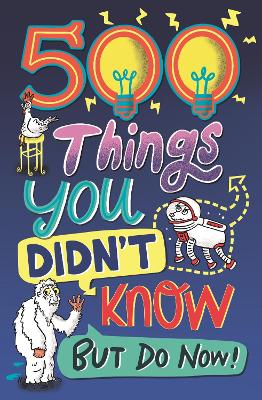 Want to know how to speak like a spy, make a balloon sword or hypnotize a chicken? This is the book for you. From the we... More 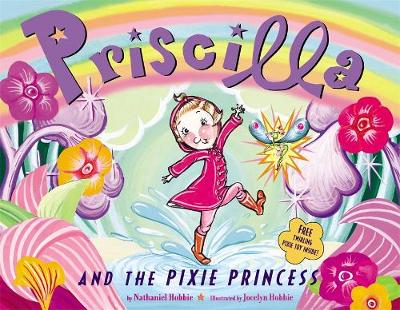