5 stars across 1 book
Conrad Mason was born in 1984 and grew up in Oxford. He studied Classics at Cambridge before moving to London, where he got a job writing non-fiction books about everything from polar bears to post-war Britain. He now works as an editor of children's fiction and is the author of The Tales of Fayt, a riproaring fantasy adventure series featuring piratical goblins, invisible warships and a mermaid in a wheelbarrow.; David Wyatt is an artist and illustrator. David has illustrated Peter Pan in Scarlet by Geraldine McCaughrean (Illustrated Edition, 2008), the Larklight trilogy and the Mortal Engines and Fever Crumb quartets by Philip Reeve. He has also illustrated books by J. R. R. Tolkien, Diana Wynne Jones, Terry Pratchett, Philip Pullman, Terry Deary and Brian Jacques. He has designed the covers and illustrations for Conrad Mason's Tales of Fayt fantasy trilogy as well as drawing the Tales of Fayt graphic novel The Mystery of the Crooked Imp. 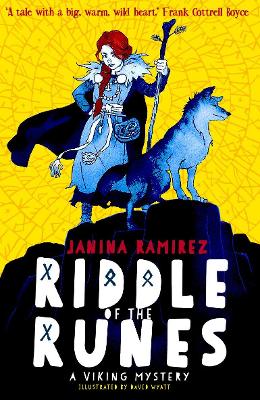 Alva rushes through the trees in the dead of night with her sniffer wolf, Fen. Being out alone when there's a kidnapper ... More