4 stars across 4 books
Joann Deak, Ph. D. has spent more than thirty years as an educator and psychologist, helping children develop into confident and competent adults. The latter half of that period has also focused on working with adults, parents and teachers in their roles as guides or 'neurosculptors' of children. On her website is a quote that best describes her perspective on her work: ""Every interaction a child has, during the course of a day, influences the adult that child will become.""
Parents and educators at schools from New York to Hawaii, as well as such organizations as the National Association of School Psychologists, the National Association of Independent Schools, the Association of International Schools, the American Montessori Society and the International Baccalaureate Association, have heralded Dr. Deak's ability to demystify complex issues of child development, learning, identify formation and brain research. Mary Pipher, author of Reviving Ophelia and The Shelter of Each Other has called Dr. Deak ""an earnest idealist and a rigorous researcher;- a good combination of head and heart."" Michael Thompson, author of Raising Cain and Best Friends, Worst Enemies, has said that her writing ""offers parents humor, understanding, parenting philosophy, and well founded words of wisdom."" Linda Ellerbee, journalist and TV host, commented on Dr. Deak's book: ""There's real wisdom between these covers. Do yourself a favor. Buy one copy for yourself [or your mother] and another to save for when your daughter is mother to a daughter.""
Dr. Deak began her career as an elementary teacher and head of the science department. She soon learned the complexity of dealing with the many brain and motivational patterns represented by the diverse students in her classes. This led to her work at Kent State University, one of only three universities in the United States to have a specialty in Preventive Psychology at that time. Her doctoral work focused on how to assess those environmental, school and family patterns that lead to the healthy development of children and, conversely, those patterns that cause issues, problems and disabilities.
After several years in private practice, Dr. Deak began consulting with schools in Ohio. In the 1980's she worked with the Laurel School as a consulting psychologist, where she participated in a six-year study with Harvard and a team of researchers lead by Carol Gilligan. Following that study, Dr. Deak joined Laurel School as the Director of the Lower School and Director of the Middle School. She also was the founding Director of Early Childhood. She left Laurel in 1999 to expand her consulting role with parents, schools and other organizations nationwide and internationally.
Dr. Deak has been an advisor to Outward Bound, a past chair of the National Committee for Girls and Women in Independent Schools, on the advisory board for the Center on Research for Girls [Laurel School], for the Seattle Girls' School, Bromley Brook School, the Red Oak School, Power Play and GOAL. She consults with organizations and schools across the United States. Most recently, she has worked internationally with schools, organizations, associations and parent groups in every continent [except Antarctica!]. This includes: Argentina, Australia, Borneo, Canada, Denmark, England, Ethiopia, France, India, Kenya, the Philippines, Morocco, Nepal, the Netherlands, New Zealand, Portugal, Scotland, South Africa, Switzerland, Taiwan, Tanzania, Thailand, Turkey, and the United Arab Emirates. She has been awarded the Woman of Achievement Award by the National Coalition of Girls' Schools, was given the first Female Educator of the Year Award by Orchard House School, and the Outstanding Partner for Girls Award from Clemson University. She has been named the Visiting Scholar in New Zealand, the Visiting Scholar for Montessori Children's House and has been the Resident Scholar for the Gardner Carney Leadership Institute in Colorado Springs for the past five years.
Dr. Deak has written two books:
How Girls Thrive, published by Green Blanket Press, 2010.
Girls Will Be Girls: Raising Confident and Courageous Daughters, Hyperion. 2002
Co-edited one book:
The Book of Hopes and Dreams, 2000
Contributed to three books:
What I Wish You Knew: Letters from Our Daughters' Lives, and Expert Advice on Staying Connected. American Girl. 2001
Instructor's Guide to Managing Adolescents in the Field. Outward Bound. 2003
Raising an American Girl: Parenting Advice, American Girl. 2001
Has written numerous articles, and is working on a series of books:
A Trilogy:
Brainology 101 for Students
Brainology 101 for Teachers
Brainology 101 for Parents
Little Pickle Press published Dr. Deak's first children's book in Fall, 2010." 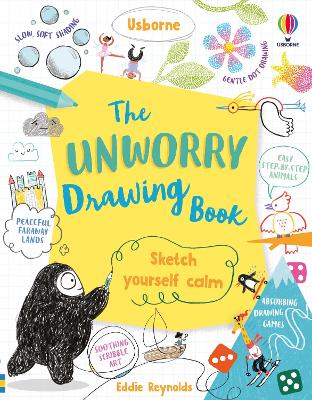 This inviting draw-in book is filled with drawing activities to help soothe busy minds and shrink down worries. The acti... More 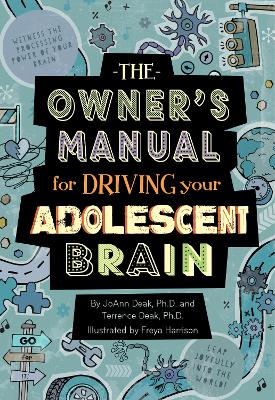 The Owner's Manual for Driving Your Adolescent Brain
25th November 2013

The Owner's Manual for Driving Your Adolescent Brain

The Owner's Manual for Driving Your Adolescent Brain is packed with the goods on glia and the news about neurons, with a... More 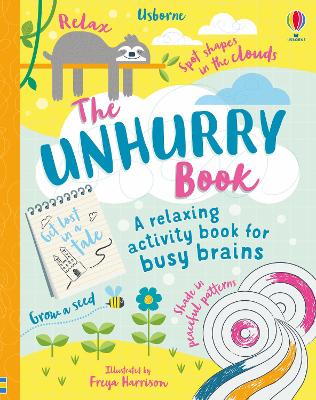 Now breathe...and relax. This write-in activity book is all about taking a little time to breathe, focus and be calm, wi... More