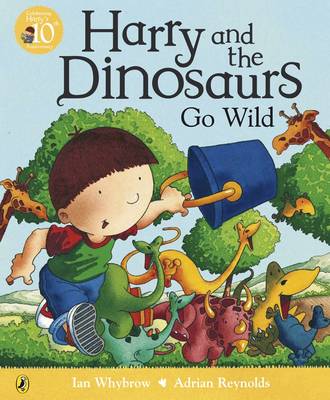 Harry and the Dinosaurs Go Wild

When Harry goes to a safari park and discovers some animals are in danger of becoming extinct, he wants to save them! Harry soon finds out that, however small you are, you can still make a big difference!

Ian Whybrow's many popular successes range from picture books to novels for older children. Best known for his original humour, he has a brilliant ear for voices, and takes pride in the fact that his work reads aloud very well. 'I loved being read to as a child,' he says. 'And I loved the sense that my parents were enjoying it too. For me, that's the ac

Michael Lawrence originally trained as a graphic designer and photographer, but subsequently became a television script reader, press officer, an art and antiques dealer, a painter and sculptor, and several other things he would rather not talk about. His first book, a novel for children, was published in 1995. He is now a full time author, creator of the po

Harry and the Dinosaurs BOOKS