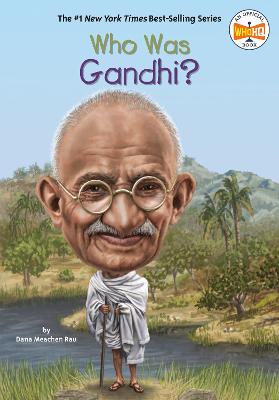 Who Was Gandhi? Reviews | Toppsta

Mohandas Karamchand Gandhi was born in 1869 in British-occupied India. Though he studied law in London and spent his early adulthood in South Africa, he remained devoted to his homeland and spent the later part of his life working to make India an independent nation. Calling for non-violent civil disobedience, Gandhi led India to independence and inspired movements for civil rights around the world. Gandhi is recognized internationally as a symbol of hope, peace, and freedom.

Who Was Gandhi? Reviews | Toppsta

This is Book 71 in the Who Was? Series. See all Who Was? books here.

Gail Herman has written several biographies and nonfiction books, including Who Was Jackie Robinson? and What Is the World Series?

John Hinderliter is an award-winning illustrator and fine artist living in Pittsburgh, Pennsylvania.

More about Who Hq

BOOKS BY Who Hq

Gail Herman has written several young biographies for children, including Who Was Jackie Robinson?