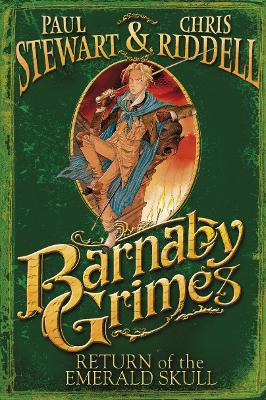 Barnaby Grimes is a tick-tock lad, running errands in his city, day and night, and high-stacking around the rooftops in search of new mysteries to solve. A fantastic romp through a Dickensian-style city, with a wonderful new hero in the guise of Barnaby. After collecting a strange parcel from a deserted ship in the fog of the docks, and delivering it to the local schoolmaster, Barnaby thinks he's earned a moment to sit on the rooftops and eat his favourite pasty. But soon he realises that all is not well at the school - but is the problem quite as he expects it? A gruesome tale of a school overrun by a terrible curse - who will survive?

Chris Riddell Biography
Chris Riddell, the 2015-2017 UK Children's Laureate, is an illustrator and political cartoonist for the Observer. Many of his children's books have won a number of major prizes including the 2001, 2004 and 2016 CILIP Kate Greenaway Medals. Go