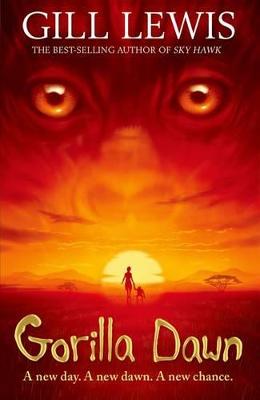 The thrilling, heartbreaking, and inspirational new story from award-winning storyteller and wildlife expert Gill Lewis.
Deep in the heart of the African jungle, a baby gorilla is captured by a group of rebel soldiers. Imara and Bobo are two children also imprisoned in the rebels' camp. When they learn that the gorilla is destined to be sold into captivity, they swear to return it to the wild before it's too late. But the consequences of getting caught are too terrible to think about. Will the bond between the gorilla and the children give them the courage they need to escape?

After realising her childhood dream of becoming a vet, Gill worked in the UK and overseas, everywhere from Africa to the Arctic. Gill’s books for children have published to critical acclaim and have been translated into many languages. Lewis won the Little Rebels Award in 2015 for Scarlet Ibis,