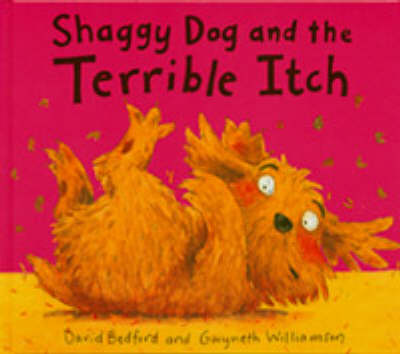 Shaggy Dog and the Terrible Itch

Shaggy Dog had a terrible itch. He scratched and scratched but the itch just wouldn't go away. In desperation he runs into the Poodle Parlor for a good shampoo. Will he ever get rid of the itch? And if so where will it go?

David Bedford is a successful picture book writer, who writes with warmth, humour and heart. He has written many books for Little Tiger, including 'Shaggy Dog and the Terrible Itch' illustrated by Gwyneth Williamson. His books for Egmont include 'It's a George Thing', 'Mole's Babies', 'Mole's In Love' and 'Sylvester & Arnold'. He lives in Norfolk with his yo

David Bedford was born in the West Country and now lives in East Anglia, by the sea, with his wife and two children. He has a PhD in Biology but has been a full-time writer since 1997. Linda Jennings was born in Sussex and began her career as a children's book editor. She now works as a freelance editor and writer, and lives in Bradford-on-Avon, Wiltshire. G