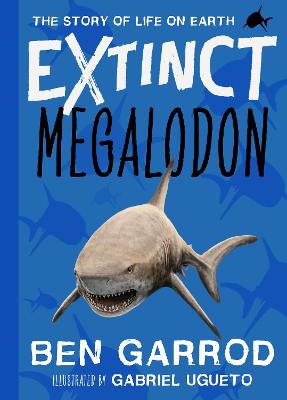 The story of life on Earth through the planet's major mass extinctions. Book 6: dwarfing all other sharks, the Megalodon reached a length of 18 metres, longer than 3 great whites nose to tail. TV scientist Professor Ben Garrod makes top level science accessible to everyone, whether you're 8 or 80! He presents a unique exploration of the most iconic animals ever to walk, swim, waddle or stalk our planet in this collectable, full-colour eight-book series, illustrated by palaeoartist Gabriel Ugueto. For as long as there have been species, there has been extinction. As many as 99% of species that have ever lived have gone extinct which means we have already lost an almost unbelievable 5 billion species from our planet. Ben Garrod shows how extinction is one of the most complex, interesting and important topics to study in science. Each book will focus on the landscape of one extinction and one animal lost. The End Pliocene event is still a newly recognised and often debated mass extinction, occurring around 2.5 million years ago. It changed the whole marine ecosystem for predators and prey, big and small alike. At the larger end was the Megalodon with the most powerful bite force ever measured, this giant marine predator specialised in killing whales.With an additonal 'Ask the Expert' section, stunning full-colour art on every page, glossary and pronunciation guide, each book will reveal a different extinction story, from mass extinctions caused by asteroids or mega volcanoes, to over-hunting by humans and habitat destruction.

Colouring Sheets
Read an Extract
Find out more on our blog 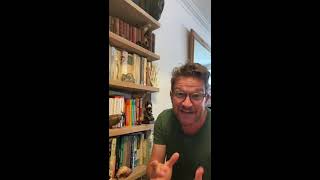 This is Book 6 in the Extinct Series. See all Extinct books here.

Ben Garrod is Professor of Evolutionary Biology and Science Engagement at the University of East Anglia. He broadcasts regularly on TV and radio and is trustee and ambassador of a number of key conservation organisations. So You Think You Know About... Dinosaurs? was his six-book debut series published by Zephyr in 2018. Ben lives in Bristol.