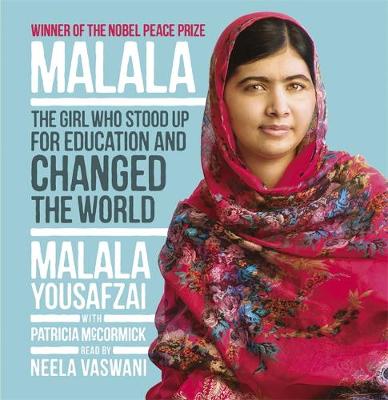 I Am Malala: How One Girl Stood Up for Education and Changed the World

I Am Malala: How One Girl Stood Up for Education and Changed the World Reviews | Toppsta

'Malala is an inspiration to girls and women all over the world.' - J.K. Rowling

Written by Malala in collaboration with critically acclaimed author, Patricia McCormick, this children's edition tells the remarkable story of a girl who knew from a young age that she wanted to change the world - and did. Her journey will open your eyes to another world and will make you believe in hope, truth, miracles, and the determination of one person to inspire change. Raised in a once-peaceful area of Pakistan transformed by terrorism, Malala was taught to stand up for what she believes. So she fought for her right to be educated. And on 9 October, 2012, she nearly lost her life for the cause. She was shot point-blank on her way home from school. No one expected her to survive. Now, she is an international symbol of peaceful protest and the youngest-ever Nobel Peace Prize winner. This is a must-listen for anyone who believes in the power of change. Read by Neela Vaswani and winner of the GRAMMY award winner for Children's Album, 2015.

I Am Malala: How One Girl Stood Up for Education and Changed the World Reviews | Toppsta

Malala Yousafzai , the educational campaigner from Swat Valley, Pakistan, came to public attention by writing for BBC Urdu about life under the Taliban. Using the pen name Gul Makai, she often spoke about her family's fight for girls' education in her community. In October 2012 Malala was targeted by the Taliban and shot while returning home from s

PATRICIA MCCORMICK is a former journalist who has won much acclaim for her compassionate approach to hard-hitting subjects. Patty lives in New York with her family. You can visit her online at www.pattymccormick.com. ARN CHORN-POND regularly gives talks about his experiences. He founded Children of War, an organization that helps children held hostage by