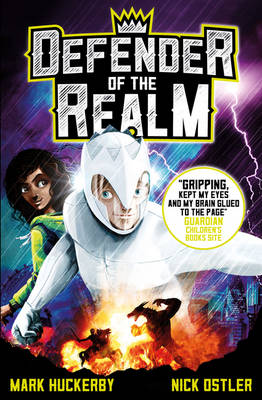 Defender of the Realm

Defender of the Realm Reviews | Toppsta

Alfie thought he knew his destiny. He didn't know the half of
it.

Fourteen-year-old heir to the throne, Alfie, didn't expect to be
King so soon. He DEFINITELY did not expect to be DEFENDER OF THE
REALM, a legendary superhero, fighting a secret, centuries-long
battle to protect the nation from monsters and super-villains.
An ordinary girl, Hayley Hicks, finds herself fighting alongside
Alfie in a desperate struggle to stop a fearsome new enemy, the Black
Dragon.

Defender of the Realm Reviews | Toppsta

Defender of the Realm BOOKS