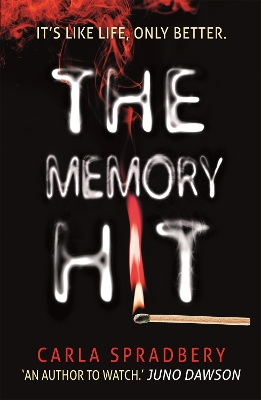 On New Year's Eve, Jess's life is unrecognizable: her best friend is in the hospital, her boyfriend is a cheater. A drug-dealing cheater it would seem, after finding a stash of Nostalgex in his bag.

Nostalgex: a drug that stimulates memory. In small doses, a person can remember the order of a deck of cards, or an entire revision guide read the day before an exam. In larger doses it allows the user detailed access to their past, almost like watching a DVD with the ability to pause a moment in time, to focus on previously unnoticed details and to see everything they've ever experienced with fresh eyes. As Leon, the local dealer, says 'it's like life, only better.' What he fails to mention is that most memories are clouded by emotions. Even the most vivid memories can look very different when visited.

Across town Sam Cooper is in trouble. Again. This time, gagged and bound in the boot of a car. Getting on the wrong side of a drug dealer is never a good idea, but if he doesn't make enough money to feed and clothe his sister, who will?

On New Year's Day, Jess and Cooper's worlds collide. They must put behind their differences and work together to look into their pasts to uncover a series of events that will lead them to know what really happened on that fateful New Year's Eve. But what they find is that everything they had once believed to be true, turns out to be a lie ...


No one has written a review for 'The Memory Hit'