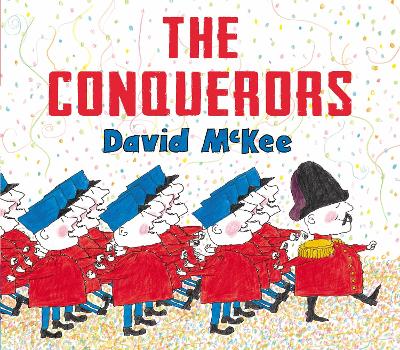 There once was a large country that was ruled by a General. The General would take his army and attack all the countries around him until they were conquered. Eventually, there was only one small country left to conquer. However, this one did not resist but welcomed the soldiers - leading to a quite unexpected result!

David McKee Biography
Illustrator and writer David McKee is the creator of several well-known characters including King Rollo and Mr Benn. His most famous creation is Elmer the Patch