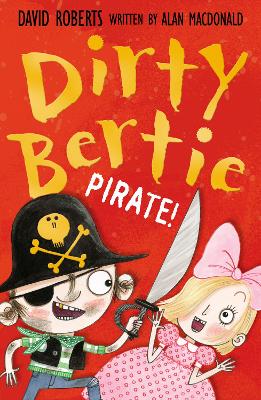 Dirty Bertie - the boy with nose-pickingly disgusting habits - is back for another helping of comic chaos! Join Bertie as he samples life as a swashbuckling pirate, cooks up a storm in the poshest restaurant in town, and teams up with Dad at the School Sports Day in an attempt to beat Royston Rich!

Jill Barklem was born in Epping in 1951. After an accident when she was thirteen, Jill was unable to take part in PE or games at school and instead developed her talent for drawing and art. On leaving school, she studied illustration at St Martin's in London before creating the enchanting world of Brambly Hedge.

David Roberts Biography
Born in 1970 in Liverpool, David Roberts is an illustrator who has produced many picture books for younger children including collaborating with authors Julia Donaldson, Julian Clary and his sister Lynn Roberts who is also a writer. He has also worked with Alan MacDonald to create a series for older readers including titles su