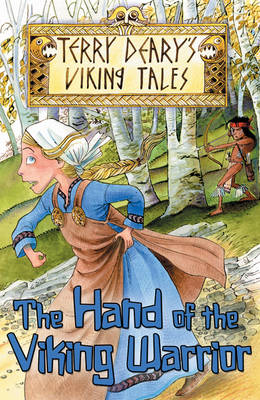 The Hand of the Viking Warrior

The Hand of the Viking Warrior Reviews | Toppsta

When the conquering Vikings settle in North America, they realise that their new home might not be as pleasant as they thought. The land is green and fertile but will they ever become friends with the natives, the fierce and war-like people they call Skraelings? Or will they be forced to return to Greenland? A Viking story blending Norse mythology with historical fact and Terry Deary's vividly imagined characters.

The Hand of the Viking Warrior Reviews | Toppsta

Terry Deary is the author of over 300 fiction and non-fiction books, which have been published in 32 languages. His historical  fiction  for older children Tudor Terror has been praised as 'a marvellous blend of fact and fiction' (School Librarian). His non-fiction has been consistently in the best-seller lists since 1994. His Horrible Histories celebrated t

Karen's first novel for older readers, Raspberries on the Yangtze was short-listed for the Guardian Children's Fiction Prize. The first in her series for younger readers, The Crunchbone Castle Chronicles, published by A&C Black, was selected for the Summer Reading Challenge in 2006.