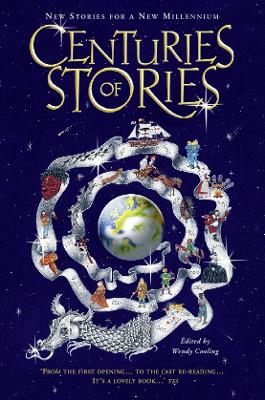 An anthology of twenty specially commissioned stories from top children's authors, each story set against the background of one of the last twenty centuries.
Twenty specially commissioned stories by the best contemporary writers for children to celebrate the last 2000 years: Michael Morpurgo, Henrietta Branford, Vivian French, Jean Ure, Robert Swindells, Mary Hoffman, Annie Dalton, Melvin Burgess, Gillian Cross, Alan Durant, Theresa Bresling, Bernard Ashley, Jenny Nimmo, Geraldine McCaughrean, Pete Johnson, Jacqueline Wilson, Jeremy Strong, Adele Geras, Malorie Blackman and Margaret Mahy.
Each story is fictional but set against the background of one particular time and place in one century. Settings are worldwide, and include England, Ireland, Scotland, Wales, France, China, America and Africa. Story themes range from the Crucifixion to Space Exploration; Romans in Britain to the Mongols in China; Irish saints to medieval monks; the Vikings, Saxons as well as elves, fairies and giants.
A range of genre from humour to fantasy make this a brilliantly balanced collection with something to suit every taste.
Gripping - often scintillating, sometimes uncompromising - aimed at the 10 plus age group, by today's finest authors.
Specially commissioned by Wendy Cooling, a highly respected and well-known anthologist. This collection promises to be around for years to come and will be a treasured gift for adults and children alike. 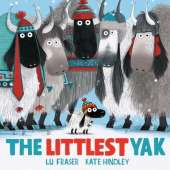 BOOK OF THE MONTH: A joyous, rhyming caper that teaches little ones to celebrate their own unique talents.

BOOK OF THE MONTH: A joyous, rhyming caper that teaches little ones to celebrate their own unique talents.