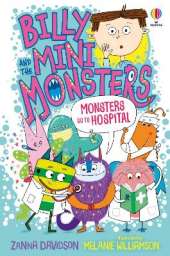 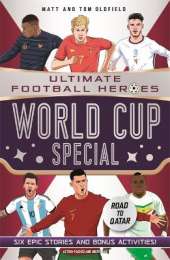 We’re thrilled to have another guest blog from Soman Chainani, author of the much-loved fantasy series, The School for Good and Evil. If you haven’t read his latest instalment, A Crystal of Time, you’re in for a treat as it’s just BRILLIANT!

Find out about his top three fairy tale stories and how they inspired The School for Good and Evil series.

The Book of Lost Things by John Connolly
It’s a book that works for every single age group, and it’s sort of a mash up of dark fairy tales about a kid who tries to escape the real world by going into his fairy tale imagination and crazy things happen because all the stories get mixed up together. It’s just perfectly written and I was more inspired by The Book of Lost Things than any other book when writing The School for Good and Evil.

The Princess Bride by William Goldman
I love this book because it’s all about Princess Buttercup trying to escape Lord Humperdinck and this terrible marriage that she doesn’t want. She’s set up as this classic, passive fairy-tale princess, but she’s actually quite a fierce character and fierce females are the number one thing I write about in The School for Good and Evil series so Princess Buttercup was really a model for me when drawing Agatha and Sophie, the two main characters of my series.

The Sleeper and the Spindle by Neil Gaiman
My favourite kind of fairy tale books are the ones that take established stories and really twist them on their head and Neil Gaiman did that with The Sleeper and the Spindle, which is sort of a mash up of Snow White and Sleeping Beauty but completely taken apart and re-built in a different way. That’s what I try to do with my stories in The School for Good and Evil – to take from familiar fairy tales but re-build them in a way that makes them relevant to today’s audiences and also gives you a new, fresh look at what I think a fairy tale is supposed to be. A Crystal of Time

In this fifth instalment in Soman Chainani's bestselling fantasy series, The School for Good and Evil, Sophie, Agatha, and their friends must find a way to overthrow the sinister evil that twists lies into the truth and seeks to rewrite their story.

A traitor has seized Camelot's throne, sentencing Tedros, the true king, to death. Tedros's queen, Agatha, narrowly escapes, but their friend Sophie is trapped. She is forced to play a dangerous game as her wedding to the false king fast approaches, and all the while her friends' lives hang in the balance.

Now Agatha and the other students at the School for Good and Evil must find a way to restore Tedros to his rightful place on the throne and save Camelot - before all of their fairy tales come to a lethal end, and the future of the Endless Woods is rewritten forever...