Robin Shaw is an award-winning animator and illustrator known for his beautifully lyrical hand-drawn work.

As well as fifteen years as a director of animated commercials, he has worked closely with children's author and illustrator Raymond Briggs on a number of film projects. He was part of the directing team behind the hit Channel 4 TV special The Snowman and The Snowdog , and was the natural choice for art director on Ethel & Ernest , the feature-length adaptation of Briggs' graphic novel telling the story of his parents' lives together. 2016 saw his debut as a director on an animated feature film with We're Going on a Bear Hunt , adapted from the children's classic by Michael Rosen and Helen Oxenbury

His inspiration for Me and My Dad came partly from his love for the little corner of Southeast London where he grew up and now lives and works. 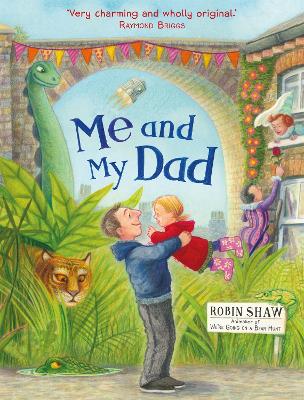 From the award-winning animator of The Snowman and the Snowdog, Ethel & Ernest and We're Going on a Be... More