0 stars across 4 books
Roger Stevens is a poet, author, musician and artist. He has had more than twenty five books published and his poems have appeared in more than two hundred anthologies. Roger performs his poetry in schools, libraries and festivals and runs creative writing workshops for young and old. Roger founded the award-winning Poetry Zone website.

Liz Brownlee is a poet and author and has had poems and children's poems included in over 60 anthologies. She uses many forms, including shape poetry, and is the author of Animal Magic, a collection of poems and facts about endangered animals. She lives in a village in the south west of England with her husband, her dog Lola, and her cat Milla.

Sue Hardy-Dawson is a children's poet with several poems in current anthologies. She contributes regularly to new publications and has also worked on many community art projects both voluntarily and professionally. Her debut solo collection of poems, Where Zebras Go, published in Feb 2017. 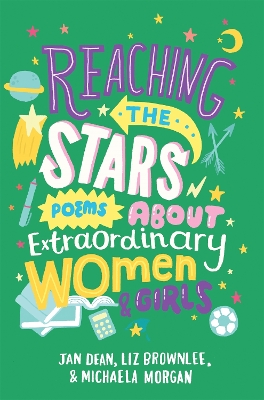 Reaching the Stars: Poems about Extraordinary Women and Girls

This feisty collection of brand-new poems is a celebration of the achievements of women and girls throughout history. I... More 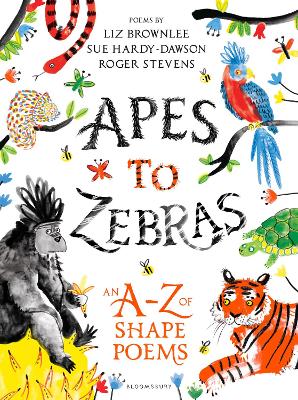 Apes to Zebras: An A-Z of Shape Poems

This gorgeous collection of animal poems from Roger Stevens, Liz Brownlee and Sue Hardy-Dawson will entrance and delight... More 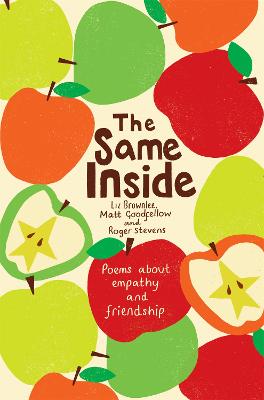 The Same Inside: Poems about Empathy and Friendship
11th January 2018

The Same Inside: Poems about Empathy and Friendship

The Same Inside is a sweet and thoughtful collection of poems about friendship, empathy and respect by three of th... More 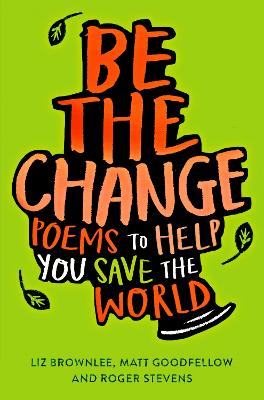 Be The Change: Poems to help you save the world
26th August 2019