Ken regards himself as "knocking on a bit now" having been born in Harpenden, Hertfordshire during the middle of the last century. However, his wife Chris and his son and daughter - Ben and Fliss - firmly believe he has never grown up which is presumably why he's enjoyed inventing and writing about the Dorps so much.

Before taking up writing he was a Graphic Designer and Art Director running his own small design group. He gave that all up when he and Chris moved to Andalusia, Spain in 2001 where they still live overlooking the Lake of Iznajar.

Other than writing Ken enjoys am-dram and playing trains in his man-cave - who wants to grow up, anyway? 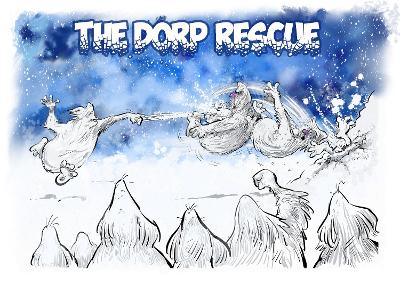 Dorps are charming chubby little creatures, just over two thirds of a metre high and covered from the tip of their toes ... More