4 stars across 10 books
Jill Paton Walsh was born Gillian Bliss in London in 1937. Jill has won several awards, including the Whitbread Prize, The Boston Globe-Horn Book Award, The Universe Prize, and the Smarties Grand Prix. In 1970 FIREWEED won the Book World Festival Award, and her adult novel KNOWLEDGE OF ANGELS was nominated for the 1994 Booker Prize. After living for many years in Richmond, she is now settled in Cambridge. In 1996 she received the CBE for services to literature, and was elected a fellow of the Royal Society of Literature. Visit Jill at her website: www.greenbay.co.uk/jpw.html Prince Dhutmose has commanded a splendid tomb to be built for his final journey to the Land of the Dead. Pepi's father i... More Gripping Tales: Thomas and the Tinners

The miner's work is hard-they need pasties to keep them going. When Thomas shares his pasty with a small miner, he is re... More A re-issue of a forgotten favourite, FIREWEED is an evocative and unflinching story of wartime survival for younger read... More A Presumption of Death

In A Presumption of Death, Jill Paton Walsh tells how World War II changed the lives of Peter, Harriet and their growing... More 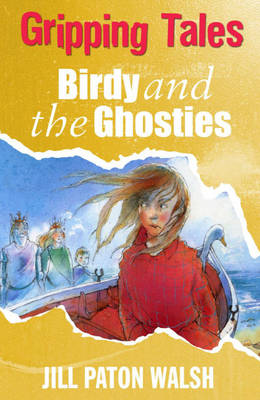 Gripping Tales: Birdy and the Ghosties

She looked once, and she saw the terrible ghosties...Sometimes Birdy watches her father row people across the dangerous ... More Once a year cousins Madge and Paul visit Goldengrove, their grandmother's idyllic Cornish home. But one year as Summer t... More