4 stars across 1 book
Jenna dreamed of living in Narnia when she was little. When she grew up and realised that couldn't happen, she did the next best thing and worked in Disneyworld for a year. When she's not working for a children's book publisher or writing, she spends her time in imaginary worlds. Finn grew up with only one thought in his head: to become an astronaut. When that failed, he found drawing astronauts was just as good, and not nearly as dangerous. When he's not illustrating, he's usually drinking tea and staring out the window at nothing in particular. He lives in a beautiful northern city that smells of chocolate, sounds like church bells, and where Vikings walk the streets daily. 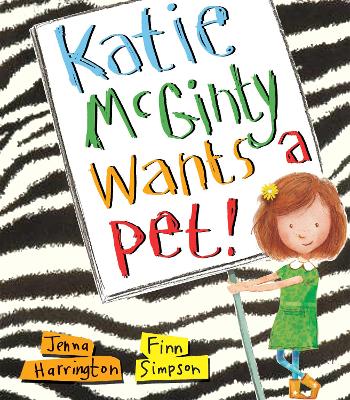 Katie McGinty really wants a pet. But she doesn't want an ordinary pet; hamsters, cats, and dogs are just...YUCK! What... More