James Sage is an American children's author who has lived and travelled in many parts of the world. He now lives in the UK in Lincolnshire. His first children's book won the Priz d'Arles. In 1993 he wrote Where the Great Bear Watches, which won the Mother Goose Award.

Russell Ayto had a varied career before turning his attention to children's book illustration. He worked as both a postman and a scientific officer. He has illustrated numerous books for children including Whiff by Ian Whybrow. He now lives and works in Cornwall with his wife and two young children. 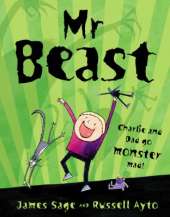 A deliciously scary book about the adventures of a little boy and his dad, by the successful author and illustrator te... More 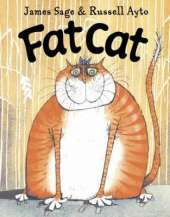 Farmers Big and Bluster are bickering over who has the biggest and best cornfield. Meanwhile, Farmer Smarts is quietly... More

Farmers Big and Bluster are bickering over who has the biggest and best cornfield. Meanwhile, Farmer Smarts is quietly c... More

"It's time sleep", says the Mother, and her child replies. "But I am not tired". So begins a quiet bedtime conversation ... More

James Sage explores with gentle humor and quiet understatement, what can happen when the extraordinary becomes a part of... More