5 stars across 2 books
Jeanne Willis (Author)
Jeanne Willis is an award-winning children's author and scriptwriter. She had her first picture book published by Andersen Press at the age of 21, and since then she has won the Silver Medal Smarties Prize (Tadpole's Promise), the Nasen Special Needs Award (Susan Laughs), the Sheffield Children's Book Award (Who's in The Loo) and the Red House Children's Book Award (Bottoms Up). Jeanne has also worked on scripts for TV, including Polly Pocket and The Slow Norris, and a pilot TV series for Dr Xargle. She lives in North London with her husband.

Hrefna Bragadottir (Illustrator)
Originally from Iceland, Hrefna Bragadottir moved to the UK at 16, where she studied for a BA in 2D Animation from The Arts University Bournemouth. After working in TV animation for 8 years, Hrefna turned her hand to picture books, achieving an MA in Children's Book Illustration from Cambridge School of Art. Her debut picture book Baxter's Book was longlisted for The Klaus Flugge Prize and The North Somerset teachers Book Award. Hrefna now lives in Bournemouth. 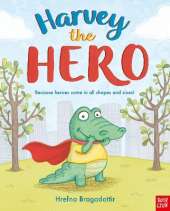 Harvey is Superhero Steve's BIGGEST fan and dreams of being just like him . . . When Steve leaves his cape behind and Ha... More 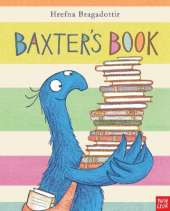 Baxter LOVES books! He likes stories about scary wolves, cuddly bears and cute rabbits. If only he could be in a book, t... More