5 stars across 2 books
Sir Chris Hoy MBE was born and raised in Edinburgh. He won his first world medal in 1999 - a silver in the Team Sprint - and has won 11 world and two Commonwealth titles. Chris won his first Olympic gold medal in 2004 and in 2012, at his home Olympic Games in London, Chris became Great Britain's most successful Olympic athlete to date, with six gold medals and one silver. Chris was voted BBC Sports Personality of the Year in 2008 and awarded a Knighthood in 2009. Find out more at www.chrishoy.com or follow on Twitter: @chrishoy

Joanna Nadin is the award-winning author of more than 70 books for children and young people. A former journalist and Special Adviser to the Prime Minister, she lives in Bath. Find out more at www.joannanadin.com or follow on Twitter @joannanadin

Clare Elsom is an illustrator, tap dancer and doodler based in Exeter and London. Find out more at www.elsomillustration.co.uk or follow on Twitter @ClareElsom 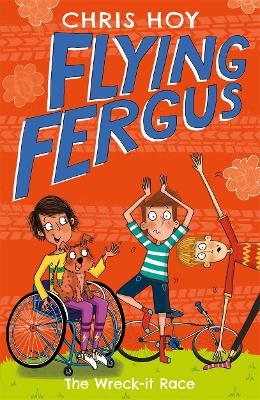 A new coach is needed - but what can a wheelchair basketball champion teach Fergus and friends about cycling? Fergus i... More 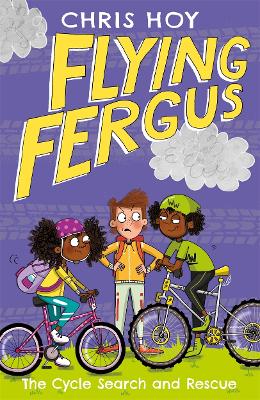 After their amazing win at the National Championships, Fergus and the rest of the Hercules' Hopefuls are keen to get bac... More