0 stars across 2 books
Jane Kurtz was born in Portland, Oregon, but when she was two years old, her parents decided to move to Ethiopia, where she spent most of her childhood. Jane speaks about being an author at schools and conferences-in all but eleven of the United States, so far, and such places as Uganda, Nigeria, Kenya, France, Germany, Romania, England, Indonesia, Cambodia, the Philippines, and Japan. She helped start Ethiopia Reads (EthiopiaReads.org), a nonprofit that is planting the first libraries for children in Ethiopia. She is the author of many books for children. Allison Black is an illustrator and designer specializing in cute and colorful creations. Originally from upstate New York, Allison received her BFA at Syracuse University, and has since lived in Los Angeles, Minneapolis, and now Columbus, Ohio. Over the years, she has developed products ranging from baby bedding and toddler clothes to Christmas ornaments and Easter baskets. But no matter what she's creating, she always brings a little Allison flair to the product through her illustration style, thoughtful design, and fanciful critters. 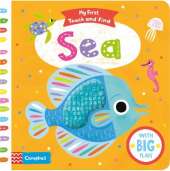 Explore life under the Sea ! Lift the giant flaps to reveal what's underneath and touch lots of interesting texture... More 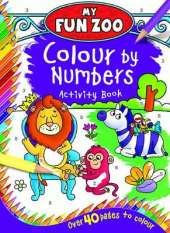 Get ready to go wild at the zoo with this amazing colour-by-numbers book. Packed with 44 amazing scenes to colour in, fr... More

My First Touch and Find