5 stars across 1 book
Thi Bui was born in Vietnam three months before the end of the Vietnam War, and came to the United States in 1978 as part of the "boat people" wave of refugees from Southeast Asia. Her debut graphic memoir, The Best We Could Do (Abrams ComicArts, 2017) has been selected as both an Indies Introduce and Barnes & Noble Discover Great New Writers title, and a Junior Library Guild Selection. She is also the illustrator of A Different Pond , a children's book by Bao Phi (Capstone, 2017). Thi taught high school in New York City and was a founding teacher of Oakland International High School, the first public high school in California for recent immigrants and English learners. She currently teaches in the MFA in Comics program at the California College of the Arts. She lives in Berkeley with her son, her husband and her mother. 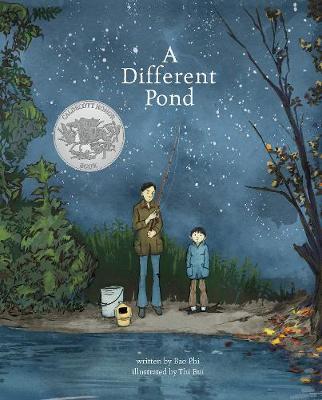 A 2018 Caldecott Honor Book that Kirkus Reviews calls "a must-read for our times," A Different Pond is an unforgettable ... More