3 stars across 1 book
Sally Chomet is a writer with a professional background in both public relations and film production, working closely with her husband Sylvain Chomet on both Belleville Rendez Vous and The Illusionist. Since then Sally has been writing full time whilst providing language services in both translation and teaching fields. Caleb's Cab will be her first published work. Sally (British) and Sylvain (French) met in Toronto, have been married since 2000 and live with their two young children in the South of France.

Sylvain Chomet is a world-class animation film director and Bafta and Cesar award winner. He also has multiple Oscar nominations to his name for his films Belleville Rendez Vous (2004) and The Illusionist (2011). In 2013 Sylvain released, to critical acclaim, a live-action feature film called Attila Marcel which he wrote and directed. Most recently he has guest directed a "couch gag" spot for The Simpsons (Diggs episode featuring Daniel Radcliffe) and has collaborated with Michael Morpurgo on a BBC animated Christmas special. 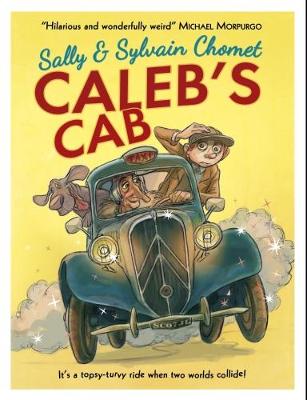 From the Oscar-nominated and Bafta award-winning creators of animated films Belleville Rendez Vous and The Ill... More