0 stars across 1 book
Gerald Rose was born in Hong Kong. When the Second World War started, his father became a prisoner of war, and Gerald and his mother were interned in a civilian camp, which was where he saw his first live tiger.

Frustrated by the dearth of good illustrated books for children, his wife, Elizabeth, helped him to write and illustrate a number of books. Gerald won the Kate Greenaway Medal in 1960 for Old Winkle and the Seagulls and won the Premio Critici in 1979 in Erba, Italy for `Ahhh!' Said Stork. Gerald now lives in Hove, East Sussex. 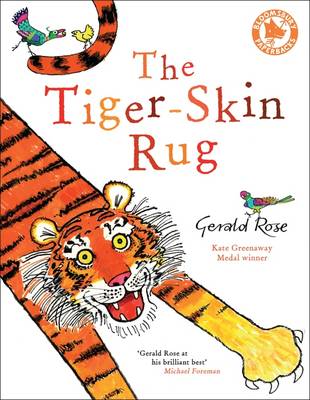 It's amazing how easy it is for the tiger to pass himself off as a rug - he enjoys a life of luxury with the rajah's fam... More