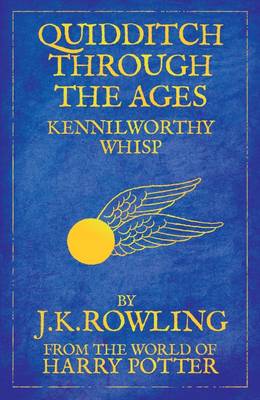 Quidditch Through the Ages: Reissue

Did you know that : there are 700 ways of committing a foul in Quidditch? The game first began to evolve on Queerditch Marsh? What Bumphing is? That Puddlemere United is oldest team in the Britain and Ireland league? (founded 1163) All this information and much more could be yours once you have read this book: this is all you could ever need to know about the history, the rules - and the breaking of the rules - of the noble wizarding sport of Quidditch.

J.K. Rowling was born on 31st July 1965 and spent her childhood in Gloucestershire and Gwent,