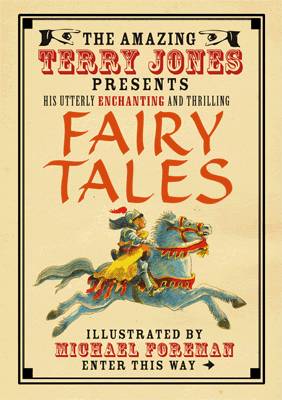 This amazing collection of wonderful stories, written by the hilarious Terry Jones and illustrated by Michael Foreman, will have both children and parents rolling with laughter. Sail to the moon with a brave and beautiful princess. Swim around the world with a talking fish. Meet a boy who has a dinosaur in his shed.


Other titles in the series: Animal Tales and Fantastic Stories .

Terry Jones is perhaps best known as a scriptwriter and member of the Monty Python team. He is a successful historian, performer, director and writer for film, radio and television. His children's books have been enormously popular, including Bedtime Stories, The Knight and the Squire, The Lady and the Squire, Nicobobinus and The Saga of Erik the Viking.