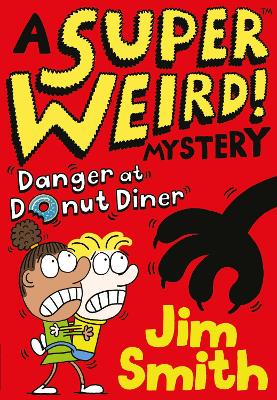 It's the new funniest mystery detective series ever, from the genius behind the bestselling Barry Loser books!

Things are about to get SUPER WEIRD.
When Melvin moves from the city to Donut (a perfectly round island with a hole in the middle), he thinks it's the most rubbish place ever.
Then he meets Rhubarb. Rhubarb is OBSESSED with mysteries and has her own school newspaper to investigate the strange goings on in Donut. (Unfortunately nothing ever happens in Donut so she's never had anything to write about.)
But then Melvin notices that the kids at school are acting very strangely. Could it be something to do with the Donut Hole Monsters that everyone is collecting?
Soon Melvin and Rhubarb are on the trail of a mystery - one that is going to lead them right into the centre of the donut hole& And Rhubarb might actually have something to write about in her newspaper, if they make it out alive.
Will they get to the bottom of the Donut Hole Monster mystery before it's too late and the whole town is brainwashed?
Super Weird Mysteries is a hilarious new series, perfect for readers aged 7 and up, and fans of DogMan, Pamela Butchart and Diary of a Wimpy Kid.
Don't miss all the other brilliant books by Jim Smith!
Barry Loser: I am not a loser
Barry Loser: I am still not a loser (Winner of the Roald Dahl Funny Prize)
Barry Loser: I am so over being a loser
Barry Loser: I am sort of a loser
Barry Loser and the holiday of doom
Barry Loser and the crumpled carton
Barry Loser hates half term!
Barry Loser and the birthday billions
Barry Loser: Worst school trip EVER
Barry Loser is is the best at football NOT
Barry Loser's book of keel stuff
Barry Loser's christmas joke book!
Future Ratboy and the Attack of the Killer Robot Grannies
Future Ratboy and the Invasion of the Nom-Noms (Winner of the Scholastic Lollies Award)
Future Ratboy and the Quest for the Missing Thingy
Jim Smith is the keelest kids' book author in the whole wide world amen. He graduated from art school with first class honours (the best you can get) and is the author of the Roald Dahl Funny Prize-winning and bestselling BARRY LOSER series and the Lollies Award-winning FUTURE RATBOY series. 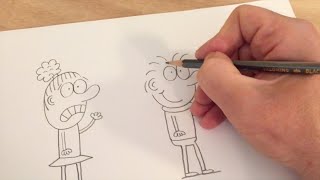 Jim Smith is the keelest kids' book author in the whole wide world amen. He graduated from art school with first class honours (the best you can get) and is the author of the Roald Dahl Funny Prize-winning and bestselling BARRY LOSER series and the FUTURE RATBOY series. He lives in London, and designs cards and gifts under the name Waldo Pancake.