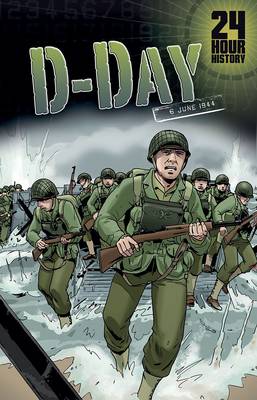 Prior to D-Day, Nazi Germany had control over most of Europe. On 6 June 1941, a massive scale, multi-country invasion of the beaches of Normandy France took place. Although it was very well-planned, and marked the beginning of the end of the war in Europe, many thousands of Allied forces died that day. This graphic non-fiction book tells the story of D-Day.

Agnieszka Biskup is a science writer and editor based in Chicago. She is a former editor for the science section of the Boston Globe as well as the children's science magazine Muse. In addition to children's books, she has also written many articles for newspapers, magazines, and websites. Her books have received awards from Learning magazine, the Associatio