Fake News: How It Started, How to Tell It from the Real Thing, and How to Expose It for What It Is

Hillary Clinton is mastermind of a criminal gang exploiting children that's based in a pizza joint in Washington DC. Left-wingers planned to initiate a new American Civil War on November 4, 2017. There is no such nation as Finland, only empty ocean where everyone thinks Finland is. All of these statements are palpable nonsense, yet all of them were presented as genuine news and believed by many thousands if not hundreds of thousands of people.

The phenomenon of fake news isn't new. In 1903 Russian anti-Semites prepared and published The Protocols of the Elders of Zion , a supposed expose of Jewish plans to take over the world through committing atrocities. No one can tell how many innocent people were slaughtered as a result of this piece of fake news, which was widely believed not just in Russia but in Nazi Germany, and is still believed to this day by some people. A little later, and all through the twentieth century, the Russian secret services made widespread use of "disinformation," both at home and abroad, in order to manipulate people into believing falsehoods. And it was the Russians, too, who widely disseminated, through social media and otherwise, much of the fake news that attempted to influence the 2016 US presidential election.

But it's not just the Russians who spread fake news, and it's not just the likes of Facebook and Twitter that are used as the platforms. In the lead-up to the 2003 invasion of Iraq, for example, the august New York Times was fooled into publishing a series of articles that presented completely false information about the military plans and capabilities of the Iraqi government. Commercial enterprises, too, promote fake news, such as all those false reports claiming there's no evidence that smoking is bad for your health.

Fake news has proved itself effective as a political tool for getting people to make stupid decisions, and so it's almost certainly here to stay. Fighting back against it is a task for each and every one of us.

In this exciting new book, John Grant, author of the groundbreaking Debunk It! How to Stay Sane in a World of Misinformation , traces the history of fake news and looks at the patterns it exploits and the routes it takes to persuade people to believe things that are contrary to their own interests. He then explores the ways you can tell fake news for what it is and counter its pernicious effects. Full of obscure and startling information, Fake News will have you full of outrage in one moment and laughing aloud in the next at the absurdity of what otherwise perfectly intelligent people have been induced to believe. And you'll come away from the book armed with what you need to make sure you don't fall into the same trap.

Fake News: How It Started, How to Tell It from the Real Thing, and How to Expose It for What It Is Reviews | Toppsta 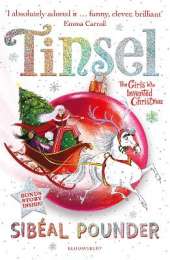 Tinsel: The Girls Who Invented Christmas

BOOK OF THE MONTH: From bestselling author Sibéal Pounder comes this gorgeous Christmas tale with a lovely message about how girls can do anything. 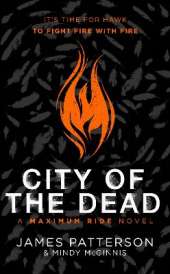 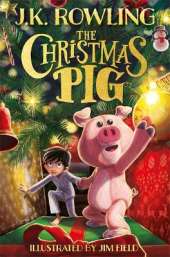 
No one has written a review for 'Fake News: How It Started, How to Tell It from the Real Thing, and How to Expose It for What It Is'

Tinsel: The Girls Who Invented Christmas

BOOK OF THE MONTH: From bestselling author Sibéal Pounder comes this gorgeous Christmas tale with a lovely message about how girls can do anything.