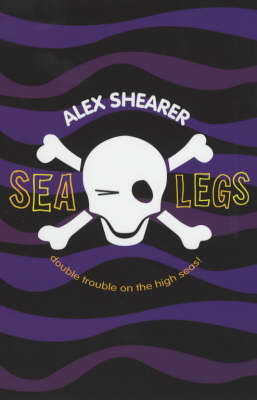 For 11 year-old twins, Clive and Eric, their dad's job as a top steward on a luxury cruise liner is a bit of a drag. Mum left some time ago, and every time Dad goes away, Clive (older and considerably wiser than Eric by about five minutes) and his twin are packed off to stay with Gran and Granddad. But this summer, when dad leaves for his latest three-week cruise, the boys are going with him! Only Dad doesn't know that yet, and if all goes to plan he never will. Because Clive and Eric are going to be stowaways. Before they know it, the boys are off to exotic parts on board the luxurious Mary Celeste. They haven't actually got a cabin, they're making do with the storage cabin down next to the engine room, but hey, who needs to sleep when there's free ice cream and chocolate gateaux to eat on an hourly basis. For the first two weeks, the boys have a whale of a time, messing about, chatting up rich old ladies, spying on Dad as he tends to the First Class passengers, and winding each other up.Things would have been perfect if Eric wasn't such a compulsive liar - telling people the captain is their dad - and nearly coming a cropper when a Swanker Watson from school appears with his snobby parents. Then everything goes horribly wrong. First Mrs Swanker Watson threatens to invite the captain to join her family for dinner, nearly giving the twins a heart attack. Then a gang of modern-day pirates climb aboard to carry out an armed robbery! But Clive and Eric save the day! Between them they manage to stall the pirates and hold them captive, foiling their dastardly plan! Nice work. The boys have been rumbled, but the captain lets them stay on board, and Dad realises his poor boys have been feeling neglected. Things are going to change, he promises - from now he's going to spend more time with them . . . 
No one has written a review for 'Sea Legs'

Alex Shearer was born in Wick, in the far north of Scotland. His father was a blacksmith and his mother was a secretary. He enjoyed writing from an early age and sold his first television script about thirty years ago. He went on to write several TV series, stage plays, radio plays, and comedy scripts. Moving into writing for children, his novels...