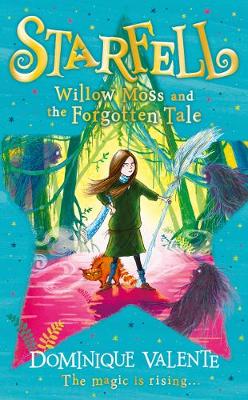 Willow Moss, the youngest and least powerful sister in a family of witches, recently saved the world. The problem is, nobody can remember it - and, to make matters worse, her magical ability seems broken. Instead of finding lost things, objects keep disappearing against her will ... which is especially troubling now that her friend Sometimes needs her help!
Sometimes has discovered how to see ten minutes into the future. Unfortunately that's only enough time to find out that his kidnappers are on their way! His only hope is to write an urgent letter to Willow, asking if she wouldn't mind trying to find him.
As Willow and her friends piece together what has happened to Sometimes, their adventure takes them from an enchanted tower to the magical forest of Wisperia and into dangerous new realms... Can Willow save Sometimes when her own powers are out of control? 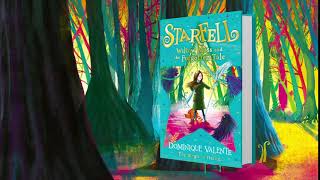 This is Book 2 in the Starfell Series. See all Starfell books here.

Born in South Africa, Dominique Valente now lives in the Sussex countryside with her husband and their English Bulldog, Fudge. She writes bestselling women's fiction under her pseudonym, Lily Graham, and is a former journalist for publications like Business Day and Woman & Home.

Sarah has many books, working for a large variety of publishers. With author Hiawyn Oram, she created the Orchard Books' character of Rumblewick - the witch's familiar - employed by a very unwilling witch. Both in picture book and fiction this character has sold worldwide and is under movie option with DreamWorks. Sarah also illustrated the 'Happy Ever After