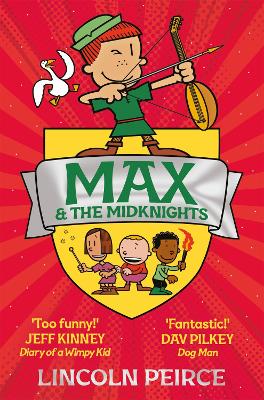 Max and the Midknights Reviews | Toppsta

Magic and (mis)adventures abound in Max and the Midknights , a hilarious illustrated novel from the New York Times bestselling creator of the Big Nate series, Lincoln Peirce.

'Max is epic fun!' Jeff Kinney, bestselling author of the Diary of a Wimpy Kid series. 'Fantastic! I loved it!' Dav Pilkey, bestselling author of the Dog Man series. Join Max's quest to become a knight in this laugh-out-loud New York Times bestselling adventure! Max wants to be a knight - too bad that dream is about as likely as finding a friendly dragon. But when Max's uncle Budrick is kidnapped by the cruel King Gastley, Max has to act . . . and fast! Joined by a band of brave adventurers - the Midknights - Max sets out on a thrilling quest: to save uncle Budrick and restore the realm of Byjovia to its former glory!

Max and the Midknights Reviews | Toppsta 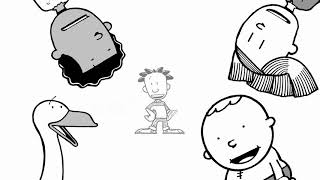 Lincoln Peirce began creating comics in the 6th grade (just like Big Nate!). He went on to teach art at a New York City High School. Lincoln created the cartoon-strip character Big Nate in 1991, naming the character after a nickname he gave his older brother as a kid. He lives in Portland, Maine in the US and as well as creating Big Nate comic strips an

Max and the Midknights BOOKS