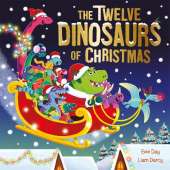 The Twelve Dinosaurs of Christmas

Children will love this dinosaur twist on the classic, "Twelve Days of Christmas" carol by Evie Day and Liam Darcy. 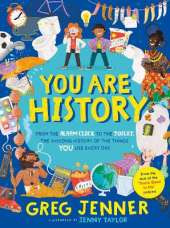 Reader Q&A with Chris Vick author of The Last Whale

The Last Whale is the extraordinary new middle-grade novel by Chris Vick. It tells the story of three generations of one family, whose lives are inter-twined with the local whale population and turn from whale hunters to eco-activists determined to protect the whales.

We've had some fantastic reviews from our young readers

"I loved this book because I felt a real connection with Abi the brave, environmental extreme activist.
The book takes you on a journey through time and shows how fragile the life and existence of endangered species are." (Reader aged 11)

"....it makes me want to do more for the environment and help the creatures included in this wicked world." (Reader aged 14)

"This book is absolutely amazing, I love it so much!!! I would recommend to anybody who loves animals especially whales." (Reader aged 13)

So we were incredibly excited to hear that the author Chris would be happy to answer 10 questions from one of our young readers. We chose Delilah as we loved her review and she had clearly really connected with the story. Read on to find out what she asked Chris and Chris' replies. From killers to conservationists, Carnegie-shortlisted Chris Vick tells the story of three generations of the Kristensen family, their history as whale hunters and later their mission to save the great whales and our planet.

Summer, the Present
Fiery and fierce, computer geek and eco-activist, Abi is holidaying with her grandmother on an island off the Norwegian coast. Having developed and befriended an AI device, Moonlight, she hopes to organise a global protest. On the island, she learns her great-grandfather rejected the family's whaling livelihood, instead creating the first whale song recording. Inspired by him, Abi and Moonlight translate the whales' songs and discover their stories. Whales are under threat, their numbers rapidly dwindling. Abi is determined to help.

Autumn, 30 years later
The world's ecosystems are collapsing. There is no sight or sound of whales. Abi, her daughter, Tonje, and a now almost conscious Moonlight live on an isolated island in the Atlantic. They search for any sign of whales, but so far there is only silence.

Winter, the Future
Tonje's search was not in vain. Despite climate crisis and the threat of extinction, there is always hope for the future, as nature and technology combine in a captivating, action-packed adventure with a powerful environmental call to arms.

1. I really enjoyed your style of writing. When did your love of writing begin?

I can’t remember not loving it. I used to get in trouble for doing too much of my English language homework, and not enough of anything else, i.e., giving in a story that went on for ten pages instead of the required two.

2. Are any of the characters based on real people that you know?

Well, Abi’s family are Norwegian and so are half of mine, so you can draw your own conclusions from that!  I’d say they are’ influenced by’, rather than ‘based on’. My wife thinks Bestemor is like my mum. Mum says she can’t see it at all, and I’m not saying anything …

3. What is Moonlight's back story, what had happened to her before Abi had her?

That is a very good question, because it is not something I have worked out in detail. What I do know is that she has been designed from a template of clone AIs, which can then be adapted for different purposes. Moonlight’s advanced capability, plus her purpose (the study of nature/ecosystems), plus her own experiences and developing inquisitiveness, plus – very important – her interactions with humans, especially Abi and Tegan, are what make her become who she is.  Pre-Abi, Moonlight was very much the ‘property’ of NewTek, and with Abi she begins to get a taste for freedom.

4. Will there be a sequel? As I am so intrigued to find out what happens on Tonje's mission and whether she will return to Astrid.

I can’t say ‘no,’ but for that to happen there has to be a story featuring the characters, that is so compelling that it shoves all the other story ideas in my head out of the way. That hasn’t happened.  But, I think there is something interesting in exploring what humans will become, if and when we inhabit other planets. How much of what we are is heavily rooted in the Earth? Hmm …

5. Did you write this book in the hope of encouraging young people to become more environmentally aware?

Of course, I want young people to be aware and to act, and if anyone is inspired to help save the planet, from reading one of my books, then I am very pleased.  But encouraging young people to become more aware isn’t my job. My job is to tell a cracking story, with characters we care about, as well as I can.

6. Why did you choose to have an AI as a lead character?

There is a point where your characters choose you, where they demand to play a bigger part in the story than you, the writer, had planned. Moony was one of those. If I did ever write a sequel, she would be central.

7. Through your knowledge of working with a whale and dolphin conservation charity, do you think AI's play an important role in saving our planet and ocean species?

I think AI is going to play an important role in just about everything, especially if quantum computing takes off.  AI is important in conservation already in the study of complex systems and in analysing satellite data to identify whales.

8. If you could spend a day living as one of the characters, who would it be? Where would you go? And what would you do?

Another great question! I think I’d want to be Moonlight, when she connects with and becomes the boat, Sea Wolf, in the second part. Or, possibly, the whale.

9. This is one of the best books that I have ever read because I am very engaged with conservation work and the importance of saving our planet, what was the best book you read when you were 11 years old and why?

I am so pleased to read that! That is the kind of reaction authors write for. I can’t honestly recall which books I read at 11, or 10 or 12, in any order. Watership Down, Mrs Frisby and the rats of NIMH, and the Narnia books, were big favourites. Ring of Brightwater (about otters) and Born Free (about lions) had a big effect on me. They weren’t children’s books, but I’d seen the films and became obsessed with wild animals.

Ten out of ten. Top of the class. Well spotted! In an early draft it definitely was. I had an idea to make that whale distinctly recognisable so they would ‘know’, but that felt too contrived and neat. I kept it in, though only mentioned fleetingly, so there’s still at least the possibility it is the same whale. It could be. There is no way for the characters, or for us, to know.  I like the parallel too, with the pursuit of a white whale, for very different reasons, with Moby Dick.

The Twelve Dinosaurs of Christmas

Children will love this dinosaur twist on the classic, "Twelve Days of Christmas" carol by Evie Day and Liam Darcy.