We’re thrilled to have a guest blog from new author Joseph Elliott introducing his fabulous debut novel The Good Hawk, book one in a new fantasy series for readers aged 12+.

For the last twelve years, I’ve worked as an actor, primarily in comedy and children’s television (if you have a four-year-old, you may recognise me from CBeebies where I push over small children dressed as a pirate. Yes, that is my real job). Throughout my acting career, I have always written – whether it be sketches for the comedy group I was in or scripts for TV shows – but there was always a part of me that dreamt of writing a full-length book. It wasn’t until I broke my foot (playing football – very dangerous sport…) and was unable to do anything else that I decided to give novel writing a go.

The story started with the image of a girl, standing on a wall, looking out to sea. At first, all I knew about her was that she was brave and loyal, she was a member of a Scottish clan and she had Down’s syndrome. After graduating from drama school, I spent several years teaching at a special needs school, and it struck me that I’d never read (or even heard of) a children’s book featuring a protagonist with Down’s syndrome. Firmly believing that all children deserve to see themselves represented in literature, I wanted to rectify that. Drawing inspiration from some of the incredible children I’d worked with over the years, I started imagining how Agatha would think and speak. The rest of the story unfolded as I made decisions about who she was and why she was there, on that wall, staring at the sea.

The setting for the book is an alternate version of Scotland, which was an easy choice for me. I’ve always loved Scotland, with its beautiful, brutal landscapes and impressively harsh weather. As a teenager, I spent a lot of time trekking the breadth of the country – a similar journey to that which the characters in the book undertake. I wanted a setting that was familiar, yet fantastical and Scotland was a perfect choice.

One of my first acting jobs included touring Scotland for several months in a large tour van, and I’ll never forget the first time I looked out of the window and came face-to-face with a highland cow. They are the most magnificent creatures, with their thick billowing hair and mighty horns – it’s easy to believe they are some sort of mythical beast. From an early stage, I knew they would feature heavily in the trilogy, which is how the Bò Riders came into being: a bull-riding nomadic tribe who are the only survivors of the apocalyptic plague that killed everyone else on the mainland.

As part of my research for the book, I visited the Isle of Skye – the island where Clann-a-Tuath live. I hired a bothy near where the clan enclave is situated and did nothing but write and go on long rambling walks. Skye really is one of the most stunning locations on the planet and a constant source of inspiration.

It took me about two years to write the book – snatching days and weeks here and there in between my acting and teaching commitments. I tend to work best first thing in the morning; as soon as I wake up, I sit down and start writing, and I’m usually still there three hours later (with occasional breaks to top up my tea). When I’m writing, I always cover up all the clocks in the house so I don’t know what time it is, which really helps with my productivity. I find that if I look at the time, it’s either later than I thought – which makes me start panicking that I’m not working hard enough – or earlier than I thought, which gives me permission start slacking. Never knowing the time keeps me working at a consistent pace. Whatever job you do, I’d highly recommend it. Unless you’re the person who makes sure trains leave on time. Probably not best for you.

Having a book published by Walker Books is an absolute dream come true. I have several copies on the book shelf in my study and I keep going in and just staring at them, trying to convince myself that it’s all real. The whole experience has been thoroughly surreal. It’s hard to believe my book is now out in the world – I can’t wait for people to read it. If everything was taken from you, what would you do to get it back?

Agatha patrols the sea wall with pride, despite those in her clan who question her right to be there, because of the condition she was born with.

Jaime is a reluctant Angler, full of self-doubt and afraid of the sea.

When disaster strikes, the pair must embark on a terrifying journey to a land where forgotten magic and dark secrets lurk in every shadow...

Thrilling and dark, yet rich with humour and compassion, this novel marks the debut of a wonderful new voice in fantasy and a welcome new kind of protagonist - perfect for fans of The Girl of Ink and Stars , Garth Nix and Michelle Paver. 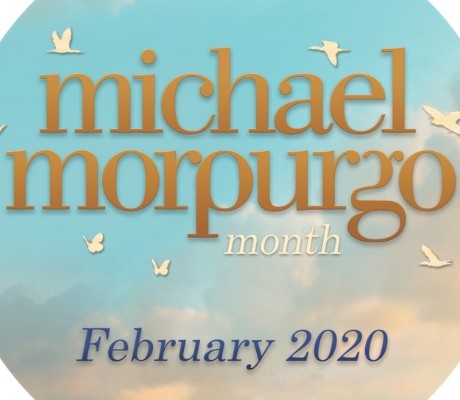 Sign-up for a free Michael Morpurgo pack for your school 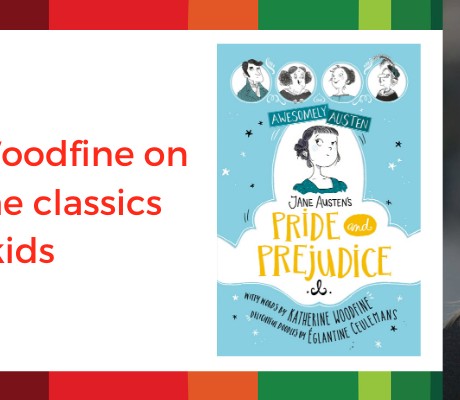 Katherine Woodfine on retelling the classics for kids