We are absolutely delighted to be hosting Owen and the Soldier by Lisa Thompson on the FCBG Children's Book Award Blog Tour, one of the three books for younger readers on the FCBG 2020 shortlist.

It's our third year on this tour and we love supporting these awards. There are lots of other children's book awards (you can see all the Children's Book Awards 2020 Shortlists and Winners here) but the FCBG Children’s Book Award is the only national award voted for solely by children from start to finish. Members of the Federation of Children's Book Groups vote on the Longlist and then any children can vote on the Shortlist.

So like Toppsta, it recommends books which children truly enjoy, rather than those books which adults THINK children should be reading. And the great news is, thanks to the generosity of the publishers, nearly 12,000 books are donated to hospitals, women’s refuges, nurseries and disadvantaged schools by the voting groups at the end of the process. The overall winner of last year’s CBA Book Award was a picture book - Mixed by Arree Chung.

Scroll to the bottom of the page for information on how you can vote and a run down of this year's blog tour.

Discover more about Owen and the Soldier below including a very special Q&A with the author and a sneak peek inside the book itself.

Two lucky Toppsta readers Molly (6) and Arthur (8) had the opportunity to ask author Lisa Thompson 10 questions about Owen and The Little Solider. Read her brilliant answers below.

1. What gave you the idea of the story?

I was on a train heading home from Cornwall.  We pulled into a station and i looked up and saw a stone statue, sitting on a bench on a platform. He wasn't a soldier but he had his elbows on his knees with his head in his hands and he looked so sad. I then began to think about a stone soldier being part of a war memorial and the rest came from there!

2. Do you feel any link with the story and your childhood?

Not really. Only that I was shy in school, a bit like Owen.

3/4. Do you ever feel lonely like Owen did? What do you do when you are lonely?

I think we can all feel lonely sometimes, even with people around us. My go to things to make me feel better are to read or write. When I'm writing I can hear the characters chatting in my head so I'm not lonely anymore.

5. How long did the story take you to write?

I think about a month? I can't actually remember!

6. Do you have any more ideas for a story?

I have another book coming out on 15th June with Barrington Stoke called The House Of Clouds which I am very excited about! It's about a girl called Tabby. I'm currently writing a longer book that'll be out in January and when I've finished that one, I'll allow myself time to think of my next book idea. I only try to think about one book at a time!

7. Is Owen based on a real person?

He's based a little bit on me and all those children who didn't want to speak up in class.

8. Did you cry writing the book?

I did! I think that's a good sign that the writing is going well.

9. Did anyone help you write the book?

I have an editor called Ailsa who is brilliant! I write a first draft and she gives me her 'notes'. It's a bit like getting your homework back from your teacher.

10. Owen is a very unconfident boy. Did you write this book to help children who feel similar?

Yes!! This is a book for all those children whose tummies do a little flip when they are asked to speak in class. I was one of those children so I know exactly how it feels.

Thanks to Molly and Arthur for coming up with such great questions and for Lisa for answering them! Owen and the Soldier

A crumbling stone soldier sits on a bench in the park. Only Owen understands how important he is. At home, Owen and his mum are struggling and there's nobody he can talk to. Hidden away in the park, Owen feels free to be himself. When the war-weary soldier is listening, his worries slip away. But nobody else cares about the soldier, and the town council want to tear him down. Owen's the only one who can save him but can he find the courage to speak up before it's too late? A touching story of loss and remembrance from Lisa Thompson, the award-winning author of The Goldfish Boy.

Check out a sample page from the book below and read an extract here.

This is a particularly great book for struggling, reluctant or dyslexic readers aged 8+

Any child up to the age of 18 can vote for their favourite books from the shortlist. To vote, visit the FCBG website  and choose which category you want to vote in and which of the 12 titles below you want to vote for.

If you'd like to follow other blogs on this year's blog tour, you can find them below. 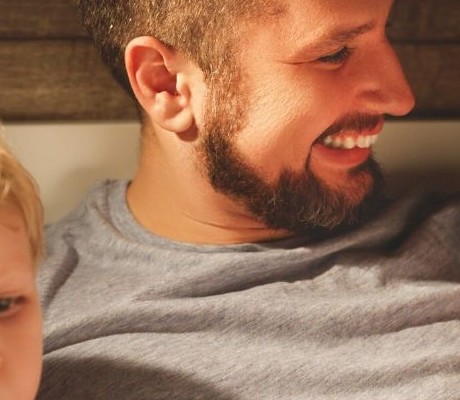 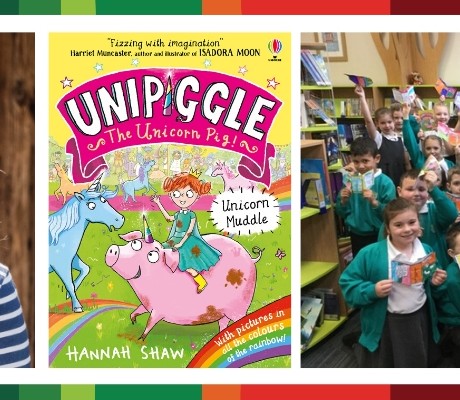